Savills cycle to the south of France for cancer charity 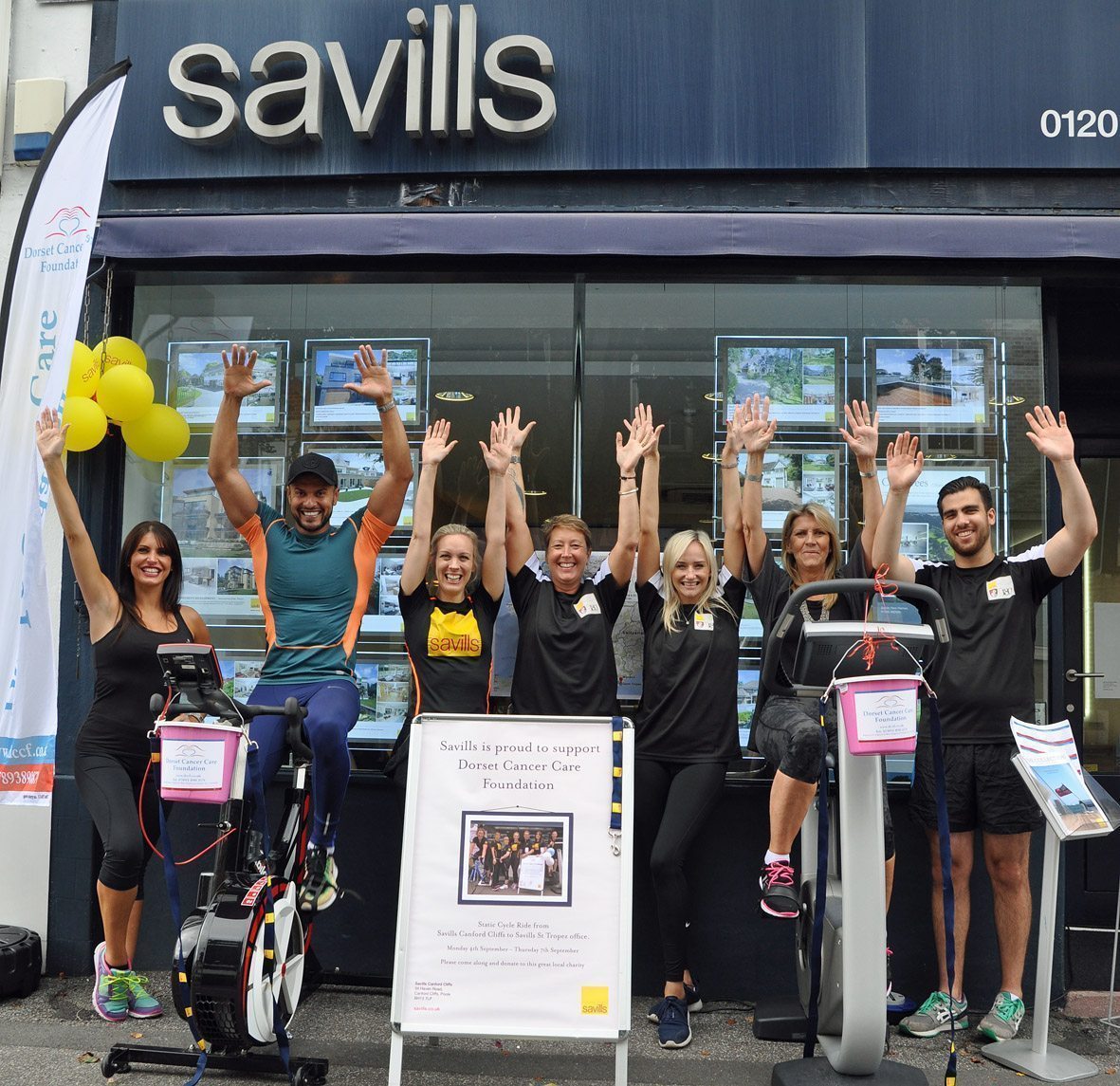 The Savills team in Canford Cliffs cycled 932 miles to the company’s St Tropez office in the South of France, to raise funds for Dorset Cancer Care Foundation (DCCF).
The 12 took it in turns to pedal the distance on two static bikes set up on the pavement outside their branch in Haven Road, Poole – and even managed a few extra miles as a ‘victory lap’.
The challenge took place during office hours over four days. The team had already raised over their initial £1,000 fundraising target before actually starting and the current sponsorship is now at £2,546 – and climbing.
Marketing coordinator Pippa Leech said: “This was our biggest charity challenge to date and there were some pretty sore legs afterwards! But it was a real team effort and attracted so much support from local people and our customers.
“We even had some of our colleagues from Savills offices across the Surrey region visit on the Thursday and help us by doing a short stint on the bikes.
“People were pushing money into our collecting tins and every day was filled with the sound of cars beeping their support as they drove past, which really kept us going.”
Dorset Cancer Care Foundation was set up in 2012 by three local women, Pam Jeffries, Eve Went and Leslie-May Harrison, to provide practical help for people and families affected by cancer.
Every penny raised by the charity stays in Dorset and helps fund individual grants for anything from patients’ travel to and from hospital, to short breaks and household bills.
This was the second time the Savills team have ‘cycled’ for DCCF – In 2015 they rode 874 miles in three days, the distance from Land’s End to John O’Groats.
The team has also raised money for DCCF through coffee mornings and by attending the charity’s events.
Anne Rowland, DCCF’s fundraising trustee said: “Savills have been supporting DCCF since we started and we are so grateful for their sterling efforts.
“They are a fabulous bunch of people who are really committed to helping local people going through the trials of cancer.”
www.dccf.co.uk