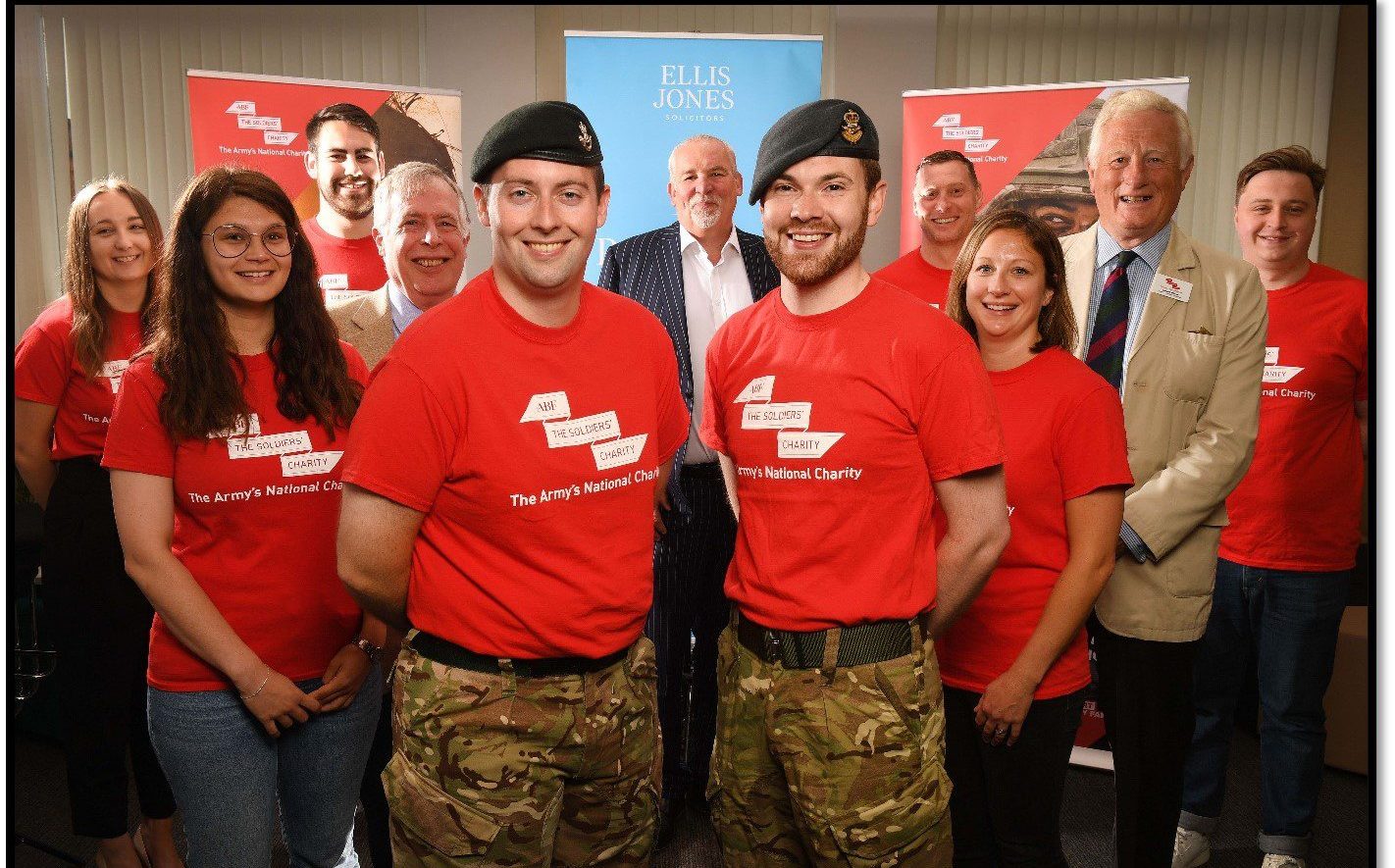 Now they have presented the proceeds from the gruelling trek – from Corfe Castle to Bridport – in a ceremony at Ellis Jones’ Bournemouth offices.

Senior Associate Solicitor Will Dooley, who was joint team captain with Solicitor Conor Maher, said: “Our thanks go to everyone who supported us in aid of such a worthy cause.

“Many former servicemen and their families have incredible mountains to climb so every penny counts for the ABF The Soldiers’ Charity so it can provide assistance when it is most needed.”

Conor said: “The trek was pretty gruelling at times with some challenging inclines but the amazing views more than made up for it.

“Well done to everyone who took part and raised such a tremendous amount.”

Will, Conor and the walkers were joined by Ellis Jones Managing Partner Nigel Smith for the presentation to ABF The Soldiers’ Charity Regional Assistant Philip Hutchens and Dorset Chairman Brigadier Donald Wilson.

Ellis Jones, with 21 partners and more than 170 staff in five offices along the south coast as well as London, supported the team with training sessions, kit, supplies and registration fees.

ABF The Soldiers’ Charity is the Army’s national charity, helping past and present soldiers and their families when they are in need.

The Jurassic Coast Challenge was organised by Action Challenge as part of its Ultra Challenge Series.