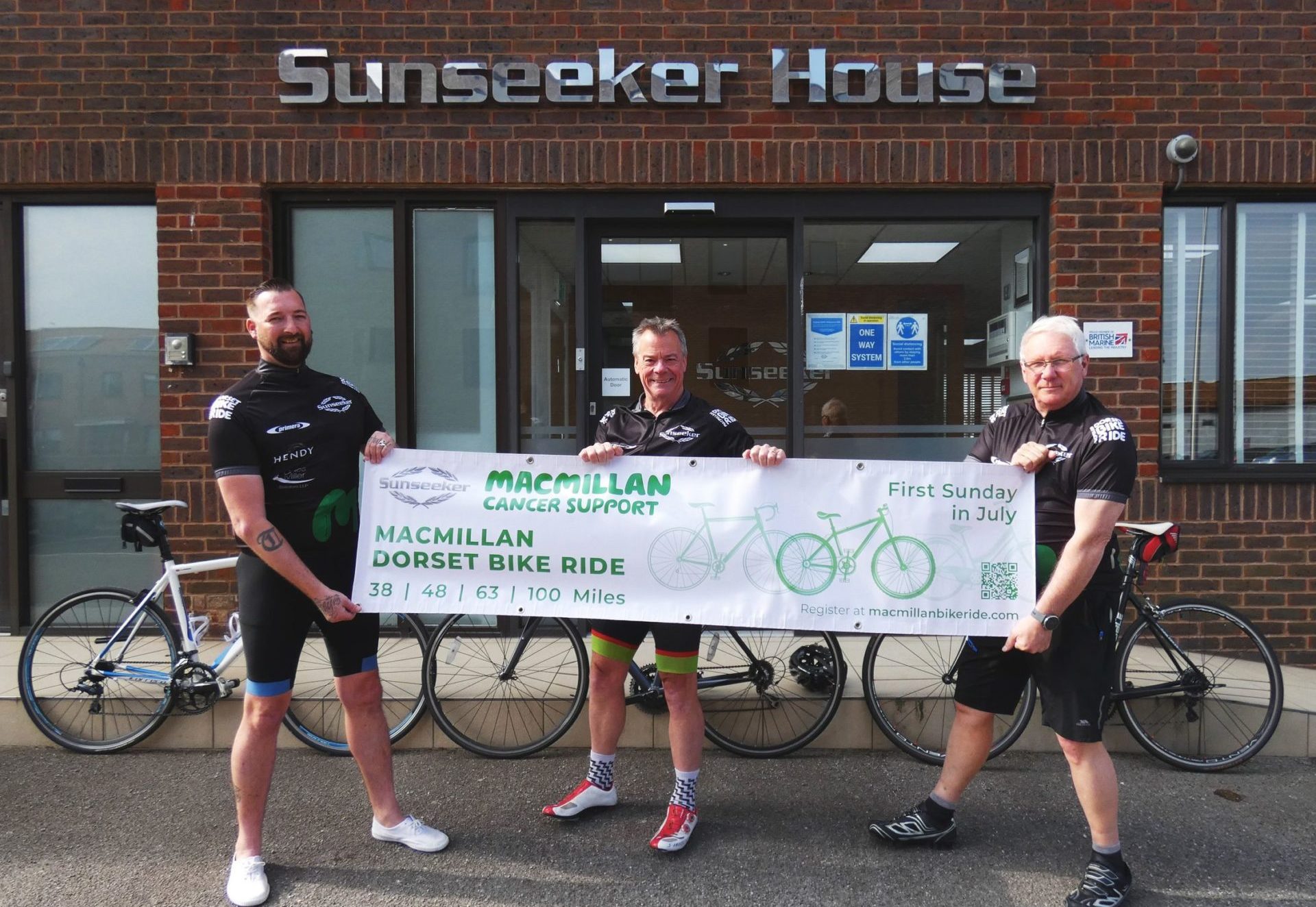 Sunseeker International has announced its continued support of the Macmillan Dorset Bike Ride for the 17th year. Registration for the ride, which will take place on Sunday 3rd July 2022, is now open. The ride starts in Corfe Mullen and offers four distances up to 100 miles around Dorset. Participants can choose their preferred distance of 38-, 48-, 63- and 100-mile circular routes to suit their own ability, offering anyone the opportunity to help raise much needed funds for Macmillan Cancer Support.

The ride is organised by volunteer members of the Dorset Bike Ride fundraising group. Founded in 1989 by Peter Smith-Nicholls, the Macmillan Dorset Bike Ride was Peter’s way to continue his fundraising efforts for the charity following his epic cycle from John O’Groats to Lands End in 1988.

Sunseeker is proud to sponsor the Macmillan Dorset Bike Ride and this year the company will have several staff members taking part in support of the fundraising event as well as volunteers on the ground.

The ride, now in its 34th year, has raised over £1.5 million for Macmillan Cancer Support but it needs riders, volunteers and the generosity of the public to ensure its continuing success.

Bryan Jones, Marketing Manager at Sunseeker International, said: “We are delighted to be supporting the Macmillan Dorset Bike Ride as the official sponsor for the 17th consecutive year. This fantastic fundraising initiative really helps make a difference in the heart of our community and is something we are all very proud to be involved in.”

Peter Smith-Nicholls, organiser of the Macmillan Dorset Bike Ride, added: “The last two years have been difficult for organised events like ours, so we are very pleased Sunseeker International has agreed to continue its support and help us get the Dorset Bike Ride back on the road, raising important funds for people living with cancer.”

Cyclists can enter online before the ride by visiting: www.macmillanbikeride.co.uk. All necessary support will be available, including refreshments, marshals, bike mechanics and a fully signposted course. There are also limited-edition cycling jerseys available to purchase, to raise even more funds for the charity.