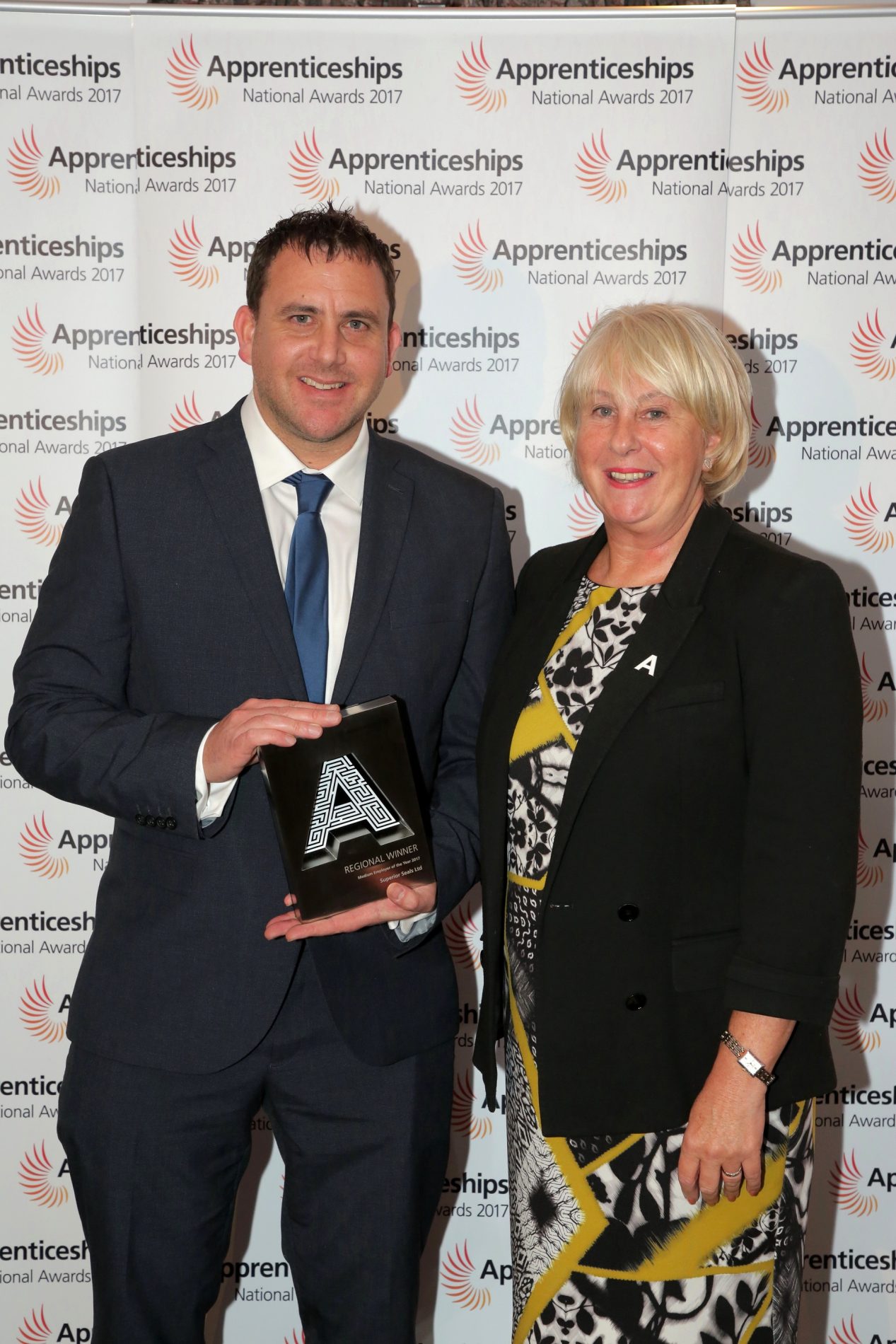 Superior is a Dorset-based leading manufacturer of high-integrity o-rings and seals and has been announced as a winner at the South West regional final of the National Apprenticeship Awards 2017, winning the ‘Medium Employer of the Year’ category.

Boasting its own company-run Academy, Superior offers apprenticeships to students from as young as 16, through to graduates, giving apprentices the chance to learn about engineering, science and manufacturing. The company currently has 20 apprentices going through the Academy, with students working in various roles that include design, manufacturing, maintenance, quality, process engineering, precision engineering and working in the laboratory.
The Academy was opened by the Duke of Kent and the Lord Lieutenant of Dorset in 2012 and has since gone from strength to strength. Manging director Tim Brown was awarded an MBE in 2016 for the company’s commitment to apprenticeships and charitable services. Working closely in conjunction with local schools and colleges, Superior’s aim is to get students of all ages interested in STEM.
On winning, Katie Bodman, head of training academy at Superior, said: “We’re so pleased to have been awarded Employer of the Year in the South West. This is the second time we have won this award and it’s great to be achieving recognition for our hard work.
“We invest a lot of time in making sure Superior is a great place to work, and in particular making sure that our apprentices are supported to be able to flourish into senior roles. Fingers crossed for the next stage of the National Apprenticeship Awards.”
The Awards, now in their fourteenth year, are run by the National Apprenticeship Service and recognise businesses that grow their own talent with apprentices as well as the apprentices that make a significant contribution to these workplaces.
Sue Husband, director of the National Apprenticeship Service, said: “The National Apprenticeship Awards allow talented apprentices and committed employers from across our regions to receive well-deserved recognition for their apprenticeship achievements.
“Winners recognised at these awards show the range of sectors and variety of job roles apprenticeships are available in, and how they can deliver the skills employers need. I congratulate all winners on their success so far and the very best of luck in the next stage of the competition.”
For more information about Superior Academy, visit www.superiorltd.com/academy