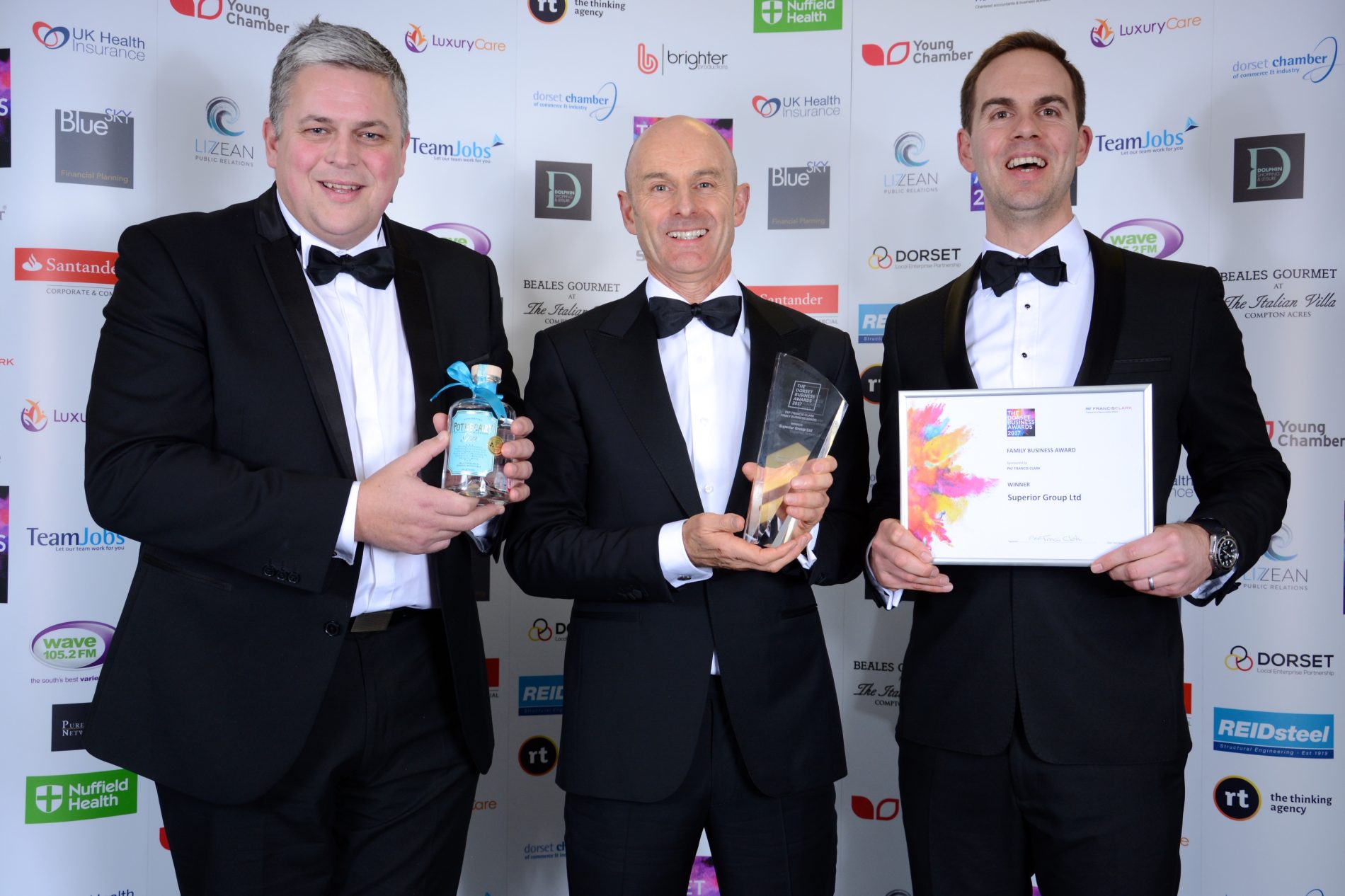 The Dorset Business Awards took place on Thursday November 23 at the Bournemouth International Centre to celebrate the cream of Dorset’s business achievements. The Family Business Award category was sponsored by PKF Francis Clark, with other finalists being Harts of Stur in Sturminster Newton and Marsham Court Hotel in Bournemouth.

Superior is a family-owned business which was founded in 1972 by Terrence Brown. The first ‘transfer injection’ presses were introduced to create o-rings in house, which remains one of the core strengths of the business today.

Since 1986, Superior has been owned and directed by Terrence’s son, Tim Brown. The future of Superior is secured by Tim’s enthusiasm for the development of apprentices and bright young talents for the next generation of the business. The on-site Apprenticeship Academy currently houses 20 apprentices, a programme for which Tim has received an MBE for his contribution to apprenticeships.

Tim Brown, managing director at Superior, said: “Winning the Family Business Award was a very proud moment. David and I are delighted that our superb team of over 200 hardworking and dedicated people have been recognised for their success.”

Superior’s management is now spreading into its third generation, with Tim’s son, David Brown, having recently been promoted to Director of Production.

David Brown, director of production at Superior, said: “This award is a great encouragement to maintain our strategy of continuous re-investment in employees, skills and machinery. We’re looking to take our business to the next level and this award boosts our enthusiasm to continue to do so.”

James Robinson, partner at PKF Francis Clark, said: “It was an honour to present Superior the award for ‘Family Business.’ We were particularly impressed by how Superior has grown but still kept family values at the core of their business and team structure. The company constantly embraces new technology and has introduced their own apprenticeship programme to develop their team of the future.”

The award was presented to Superior in front of an audience of more than 700 guests, with 11 other categories in a glittering ceremony.