Superior’s ‘Apprentice Of The Year’ Gets The Seal Of Approval 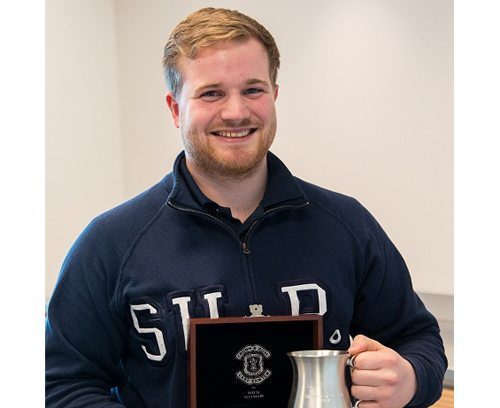 Superior, a leading manufacturer of high integrity o-rings and seals, has presented 22 year old Jamie Arnold with its ‘Apprentice of the Year’ award.

Jamie is currently in the fourth year of his apprenticeship, working in the technical department at Superior. He has been credited for his work ethic, attitude and for being the most improved apprentice of 2017.

Jamie Arnold, Superior’s ‘Apprentice of the Year,’ commented: “I am honoured to have been given this award and recognised amongst the other apprentices. My success and development originate from the training provided by the Superior Academy and support throughout the company. I have enjoyed every step of my apprenticeship with Superior and I’m proud to have a direct influence on both internal and customer projects.

“I recently became an Apprentice Ambassador so that I can share my passion and spread the word about why apprentices are so great!”

The ‘Apprentice of the Year’ award has been in place at Superior since 2009. The company initiative was introduced to help motivate its apprentices and reward significant progress. The first award was given to Bradley Hicks in 2009, who is now the maintenance manager at Superior. Bradley is currently mentoring two apprentices to work alongside him in the maintenance department.

The Academy currently has 20 apprentices going through its apprenticeship programme, accepting people directly from school at 16 years old, through to A-Level students and university graduates. The manufacturing company is now recruiting for 6 engineering apprentices to join its award winning Academy. Successful applicants will be given the opportunity to complete a degree. Apprentices spend their first year full-time at the Academy with one day a week at Bournemouth & Poole College.

Katie Bodman, head of training Academy at Superior, commented: “We’re delighted to have nominated Jamie Arnold as our ‘Apprentice of the Year.’ It’s well-deserved because he has demonstrated a huge amount of development during his career at Superior, both professionally and academically.

“Jamie is currently doing the final year of his Bachelors in Engineering and always has a positive mind-set. He has carved his own pathway and become valuable in both design and IT disciplines. He is confident at juggling multiple projects at once.”