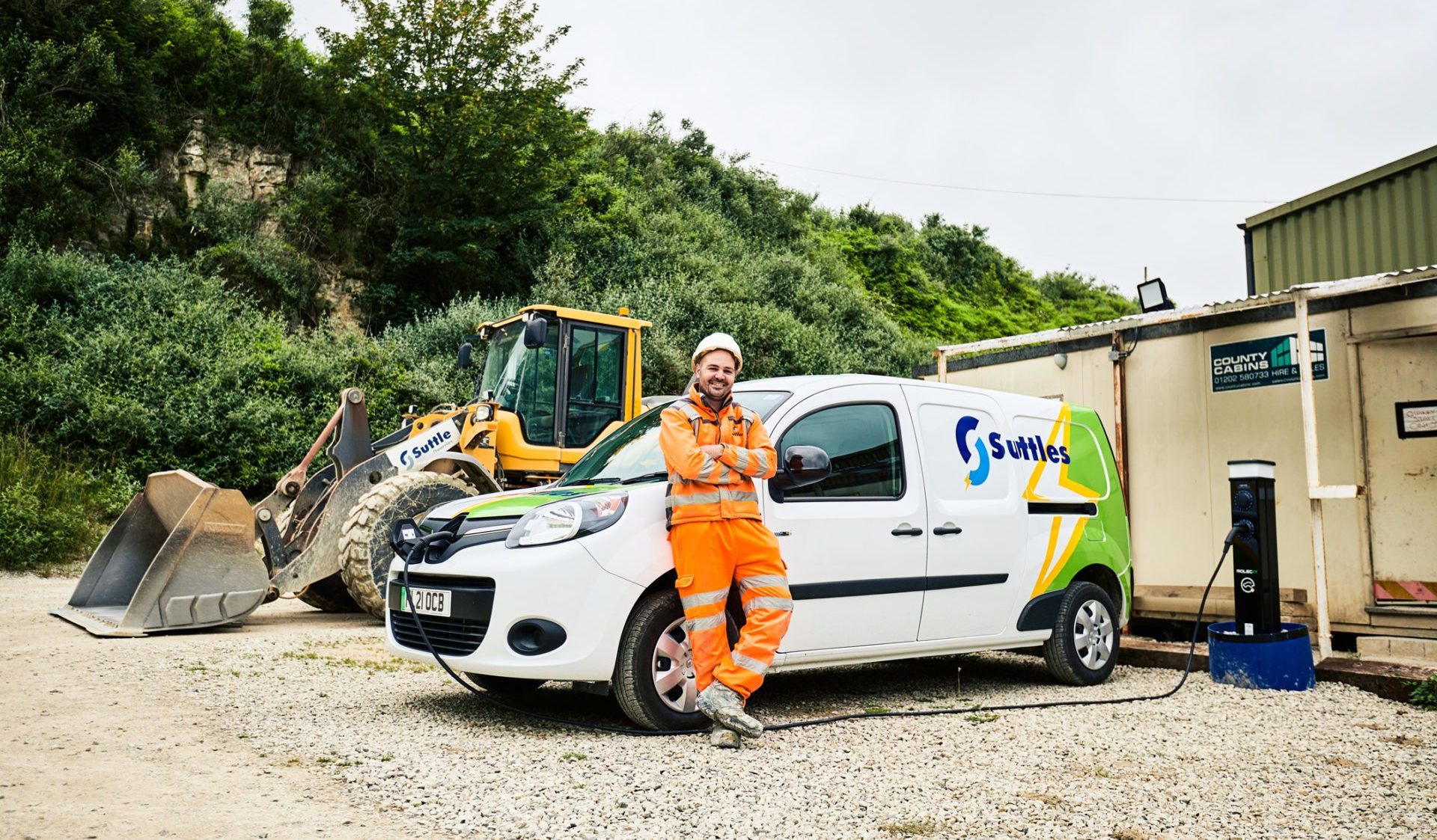 In its drive to become carbon neutral, Dorset-based stone experts Suttle Stone Quarries has invested in an extensive combination of measures, upgrading its equipment and processes as part of its ongoing decarbonisation strategy. The company, part of the Suttles group, has succeeded in reducing its carbon footprint by almost 400 tCO2e since 2018 and its most recent measures have led to savings of nearly 100 tCO2e throughout 2021.

In its drive to become carbon neutral, Suttle Stone Quarries has so far invested in the following measures:

Over the past 2 years, the Suttles group, which includes Suttle Stone Quarries and Suttle Projects, has continued to invest in its vehicles and processes to reduce its greenhouse gas impact.  Suttles now has a growing fleet of 19 electric and hybrid vehicles and plant, replacing petrol or diesel versions.  It has also achieved ‘silver’ status by the voluntary ‘Fleet Operator Recognition Scheme’, which demonstrates operators are achieving exemplary levels of best practice in environmental protection, as well as safety and efficiency.  Suttle Projects is also accredited to ISO standards, where the company meets internationally recognised standards for its environment management systems.

Carbon and greenhouse gas emissions are often split into scope 1, 2 & 3 for reporting and Suttles’ decarbonisation strategy has allowed them to understand and target reduction to those in categories 1 & 2, with scope 3 next in their sights.

Suttles’ Director, John Suttle, added “We are always striving to minimise any negative impact we may have on the environment.  As the peak demand for our electricity is during daylight hours, it made sense for us to invest in solar power, which not only mitigates soaring energy costs, but also significantly helps us in our drive for carbon neutrality. Although we have made big changes in our business so far, we recognise that these are just our first steps en route to becoming carbon neutral.”

John goes on to say “Suttles’ decarbonisation strategy will involve setting science-based emission reduction targets this spring, setting us further on our path towards net zero carbon. The next initiative that will help us achieve those goals is the continued roll-out of HVO, an extremely clean and low CO2 fuel, across our LGV and plant fleet.”

Suttles is a family-run ethical business with sustainability at the core of its values, employing 120 staff in Dorset.  Suttles comprises a group of companies including Suttle Stone Quarries and Suttle Projects, with 4 sites based across Dorset, including two in the Isle of Purbeck, and sites at Mannings Heath and Dawkins Road in Hamworthy, Poole.  Suttle Stone Quarries offers the sale and delivery of crushed limestone and aggregates for architectural, landscaping, and civil engineering applications; gabion and rock armour, used in coastal and waterways protections schemes; earthworks collection services; and an inert waste recycling facility.  Its quarry, Swanworth Quarry at Worth Matravers, is currently celebrating its 100th anniversary.  Suttle Projects offers national civil engineering, earthworks, piling and marine solutions.  Suttle Projects works closely with the national rail network to provide civil engineering and is also working with BPC Council to replace its beach timber groynes to renew coastal defences.

For further information about Suttles, go to www.suttles.co.uk