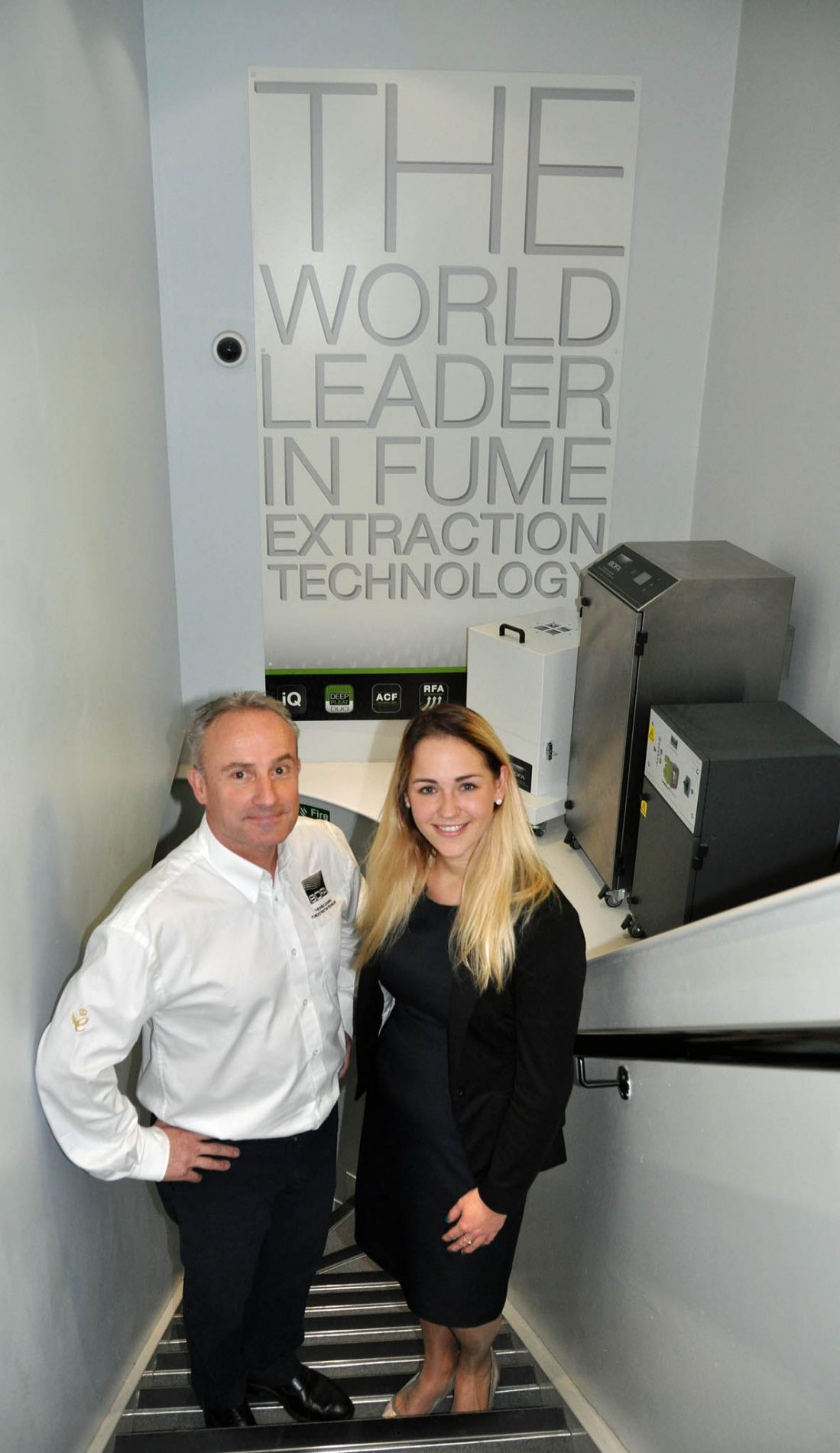 Poole-based recruitment specialist TeamJobs has placed 40 new staff at one of the region’s fastest growing companies.  BOFA International, based at Creekmoor Industrial Estate in Poole, is a world leader in its field, producing fume extraction systems for the consumer goods, automotive electronics, printing, pharmaceutical and dental industries.
The company won the prestigious Queen’s Award for Export in 2012 and was named one of the central south region’s fastest growing international businesses of 2014.  In August 2015,BOFAunderwent a £21m management buyout and announced ambitious plans to increase its turnover by 50 per cent.  As a result,TeamJobshas placed 40 people at BOFA in the last six months in positions ranging from assembly/wiring to sheet metal workers and office staff including purchasing and credit control.
Paul Hine, Operations Manager of BOFA International Ltd, said: “BOFA is acknowledged as number one in the fume extraction industry with over 80 per cent of our sales made internationally, in 10 countries.But central to our current and continued growth is the right staff, in all areas of our business, from the warehouse and shop floor to sales and TeamJobs has helped us to increase our workforce by 25 per cent in the last six months alone.”
BOFA operates 48,000sq.ft of factory space across dual sites at Creekmoor and its American subsidiary in Illinois.
TeamJobs is resourcing both temporary and permanent engineering roles for BOFA.
TeamJobs recruiter Adriana Martin, said:“Recent, permanent placements have included a Quality Engineer, while many of the temps we have placed have also gone on to be employed by BOFA on a permanent basis.  It’s hugely satisfying to be helping one of Dorset’s leading companies to blaze a trail in the world market.”
Paul Hine continued“BOFA currently employs 230 people in Poole and this is set to grow further in 2017.  Our aim is to maintain our position as the world leader in Fume Extraction Technology by delivering innovative quality product solutions that combine high performance with low cost of ownership.  TeamJobs has an important part to play in that.”
TeamJobs – Dorset Company of the Year 2015 – has doubled its Technical/Engineering Division targets in the last 12 months.
Poole branch manager Julian Knott, explained:“Historically TeamJobs has specialised in recruiting mostly blue collar, temporary workers for clients in technical and engineering sectors.  But in 2016 we expanded our team and shifted its focus to providing permanent, white collar workers, as well as continuing to supply temporary and contract blue collar staff.”
Dorset is home to a thriving and varied advanced engineering sector, which includes aerospace, defence, composite and marine technologies.
Altogether these employ around 15,400 people and contribute £800 million to the county’s economy.
Julian continued:“Last summer and autumn were phenomenal for our technical and engineering division with a large increase in the need for contract and temporary staff as well as permanent white collar engineering employees. We intend to continue to grow this area of our business significantly in 2017.”