The Beales Gourmet Bullets cycle to success for Diverse Abilities 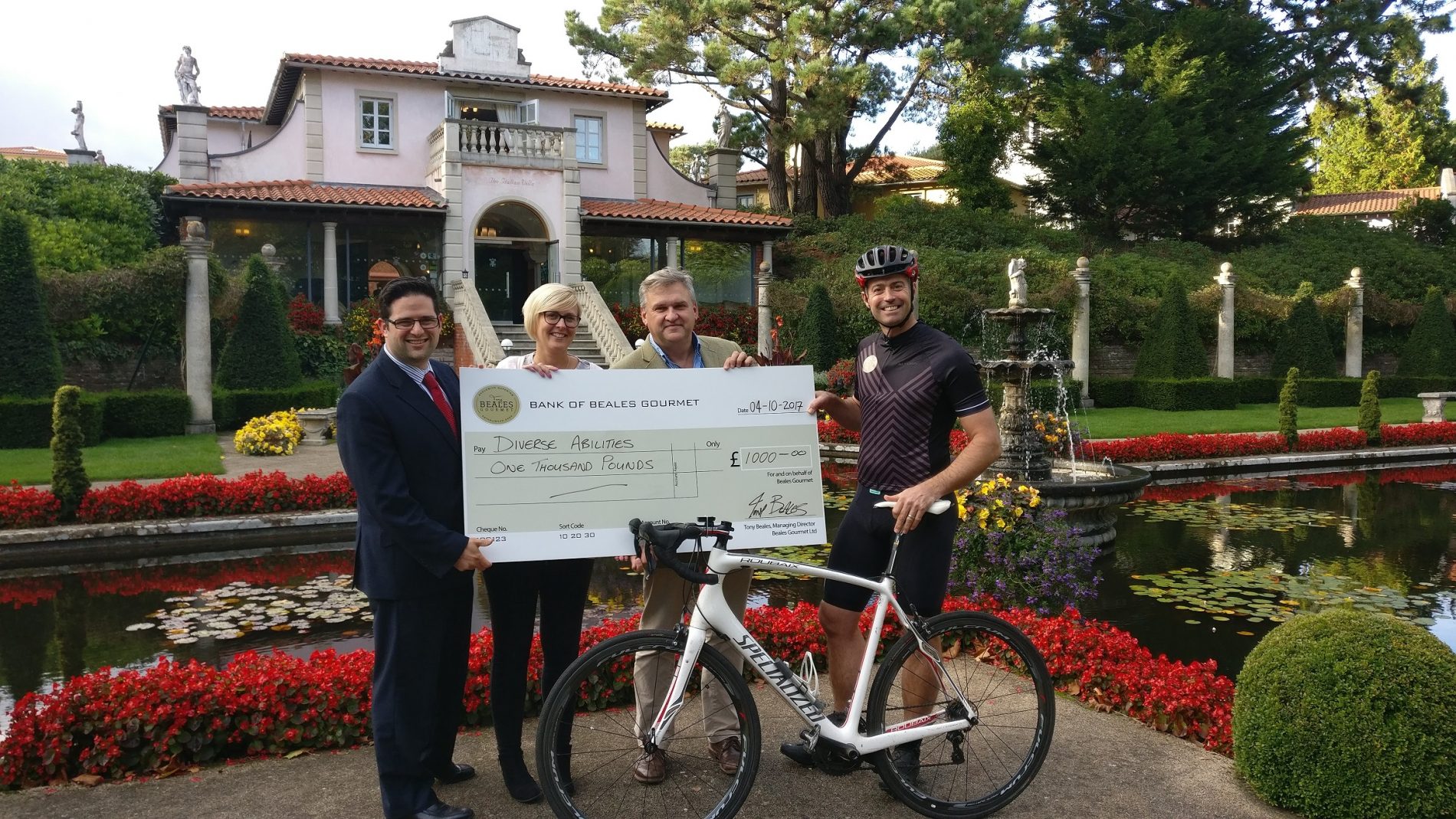 A team of cyclists has taken on the gruelling 100 mile New Forest sportive to raise money for Diverse Abilities, Dorset’s disability charity. The Beales Gourmet Bullets, led by the event catering company’s managing director, Tony Beales, achieved an impressive average speed of around 19mph over the full 100-mile cycle, raising £1,000 from sponsorship from clients, friends, and family.

The ride, which took place on 17th September across the picturesque New Forest, was alongside the annual Wiggle event, undertaken by thousands of keen cyclists each year.
Tony Beales commented: “The ride was intense, but our group did remarkably well, achieving an average speed that professional cyclists would be happy with! I really want to thank all The Bullets: Jim, James, John, Ryan, Martin, Gavin and Andy – this wouldn’t have been anywhere near as enjoyable without them. The team spirit was fantastic! Also, special thanks to the Poole Wheelers for allowing us to join their pelaton!“
Fiona Hansford, Corporate & Community Manager at Diverse Abilities added: “This is a fantastic amount and this donation, along with Beales Gourmet’s continued support, is truly appreciated. Without support of people like you, we would not be able to provide the vital services for people in the local community – by supporting our charity you are changing lives, so thank you!“
The Beales Gourmet team also recently hosted the charity’s fourth annual “Awards & Thank You Reception” at their venue in Dorset, The Italian Villa at Compton Acres, and will cater for their Gala Ball at The Lighthouse, Poole, on 18th November.
For more information about Beales Gourmet at The Italian Villa, contact 01202 700992 or please visit www.bealesgourmet.com. For more information about Diverse Abilities, please visit www.diverseabilities.org.uk.