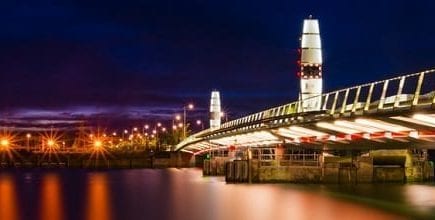 Four and a half years after the referendum, one in which Bournemouth voted 55-45 in favour of Leave, we’ve left with a deal. It’s been a rocky road and its impact has already been felt by all sections of the local economy.

As an insurance brokers in Bournemouth, we have seen first-hand how the uncertainty has affected everyone from landlords and tradesman to taxi drivers and small business owners.

Now, with a deal in place we can look forward to more certain times. In this article l look at what post-Brexit life will look like for our Dorset, specifically what it means for vital local sectors such as financial services, the property market and for small and medium sized enterprises (SMEs).

Dorset’s. and specifically Bournemouth’s, financial services sector employs nearly 5,000 people with around 18,000 dependent on the industry. Worth £900m to the local economy, thanks to firms like J P Morgan and LV, insurance and banking are big businesses. One of the major issues with Brexit for firms like this was the likelihood of the ‘passporting’ arrangements being maintained. Passporting allows for regulations in one country to be valid in another and cuts down on paperwork and has removed the significant regulatory barriers that non-EU nations face.

Passporting ended with the ending of the transition period on the 31st December and the government has introduced the temporary permissions regime (TPR) and the financial services contracts regime (FSCR) – so much for less bureaucracy post-leave!. These measures are designed to smooth the move from member to non-member status while negotiations continue on a permanent arrangement continue.

Clearly there’s a lot at stake for Bournemouth, and the UK as whole, but financial services weren’t high on the negotiators’ agendas. The level playing field, agriculture and fishing were deemed rather more important and, I suspect, easier. In 2018 the UK’s financial services industry was worth £129 according to the government and any threat to its status was likely to be rebuffed. Its important to the EU too with cities like Paris and Frankfurt having spent years coveting London’s position as one of finances big three and many must have seen Brexit as their chance to pounce.

As said in our orignial blog on what Brexit means for Bournemouth, J P Morgan have said that the loss of passporting arrangements could affect their future in Poole. We just have to hope that the improved relations between the two sides will enable a deal to be reached on this. If they can – and the mood music around the talks seems to suggest that they will – then this could add a much-needed level of certainty to the sector and to Bournemouth’s economy. Only time will tell, but I’m optimistic things will work out.

Offering everything from landlord insurance to holiday home insurance means that as a business we’re sensitive to changes in the local property market.

Since I founded the office in 2015 local house prices have risen by nearly 15% according to Zoopla and rents have risen by over 2% in last 18 months. Needless to say we’ve been busy, and things are set to get a lot busier. COVID and the sudden freeing up of people to work remotely has driven demand for coastal and country homes skywards. The stamp duty holiday has fuelled this fire and the ending of Brexit gridlock, which triggered a short-lived surge in early 2020, will only fan the flames.

Brexit’s biggest problem has always been uncertainty. Uncertainty is toxic for businesses and investors alike and this fed into the relatively sluggish housing market we saw in 2019. With a deal done confidence will rise and, once we are free of this wretched COVID curse, I think we can expect to see property prices continue to rise especially as demand continues to massively outstrip supply.

Business insurance is another major part of our business. Since 2015 we’ve helped thousands of small business owners – everyone from tradesmen and taxi drivers to florists – get the protection they need. This has been an area where things have been really tricky.

The uncertainty around leaving, firstly with the will-they-won’t-they agree a leaving deal and then the same problem surrounding trade, made things harder for everyone. The property market slowed in part as international investors put their money elsewhere and businesses put off investment decisions while they waited to see how things would pan out. This led to a lull in the building of homes, of manufacturing and a slowing of retail sales. This in turn meant less work for a widerange of SMEs whose businesses depend on these sectors.

The deal done confidence levels will undoubtedly rise. Some have even pointed out that the downsides of the deal – the loss of frictionless trade and checks – could, perversely, be good for certain SMEs. Couriers, hauliers, and commercial landlords – especially those offering warehousing and distribution hubs – could be in for more work.

Why? Well, because of the extra checks and costs of bringing goods in and out of the UK so supermarkets, wholesalers and manufacturers are looking to ship more in and out at one time. This inevitably means they need more space to store goods and larger logistics capabilities to get them to where they need to be. Every cloud and all that.

Speaking as a small business owner, I’ve welcomed the deal. While it’s left some things up in the air – notably financial services – it does provide a level of certainty. It won’t be plain sailing. The Prime Minister has said the road ahead will be ‘bumpy’ and, truth be told, we will be negotiating with the EU for years to come as we pin down the details of what the deal means in reality.

I also think its good for Bournemouth, especially if we can get the passporting arrangements sorted. Our economy is vibrant and diverse and with an influx of younger people coming to the town we should see more technology-based businesses spring up as has been the case on cities like Bristol and Nottingham which would be another string to our bow.

Time will obviously tell, but for now a deal is a deal and I’ll take that.