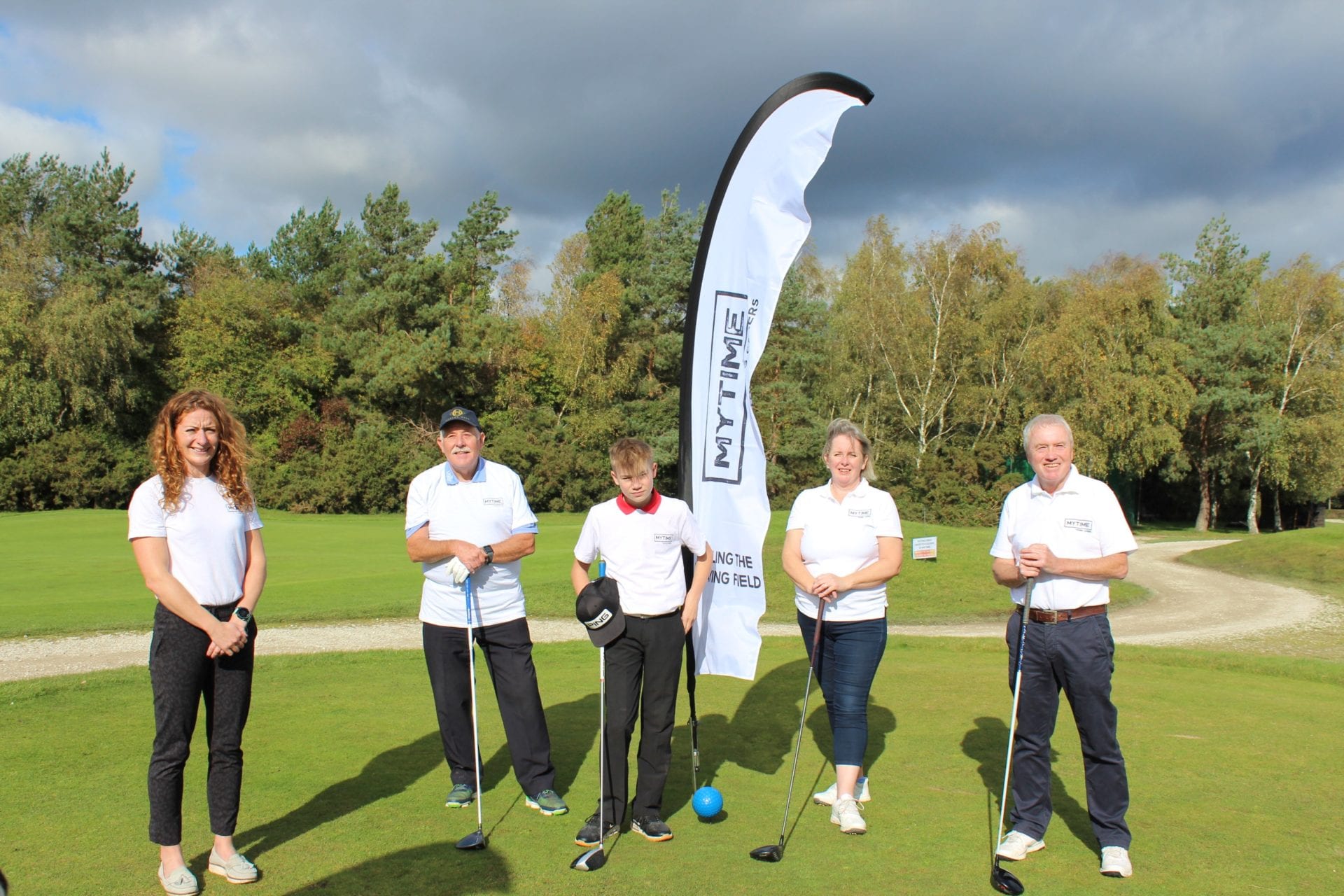 The Dorset Golf & Country Club Captains have chosen MYTIME Young Carers as their charity of the year.  John Ahern is the newly appointed Club Captain,  Sarah Jenkins the new Lady Captain and Andy Greene the new Seniors’ Captain.
The MYTIME team were warmly welcomed to the club on Saturday 10th October, to spectate at the annual ‘Captains’ Drive- In’, where the new captains, including the junior vice captain, Vinny Whalley, take part in a competition to see just how far they can drive the ball.  Funds were raised for the charity in a sweepstake, with members guessing how far all four captains would hit the ball. The winner of this year’s competition was Mike Jenkins, father of the Lady Captain.
John said, “We are thrilled to have been sworn into our new positions at this week’s AGM, and to be supporting this fantastic Dorset charity.”
Sarah added, “We decided to choose MYTIME Young Carers Charity as our charity of the year after I read about them in the inflight magazine on a TUI Flight into Bournemouth Airport.  MYTIME are a nominated charity of TUI.  Their cause really appealed to me. Having had a very happy childhood myself, I felt moved to support the remarkable young carers on whose behalf MYTIME work.  We are in total awe of all that these incredible young people do for their families.”
MYTIME’s CEO Krista Sharp said, “We were so pleased to be contacted by John and Sarah and we’re so grateful for their support.  It will be brilliant to have them and the incredibly active golfing community behind them on board over the coming 12 months.  This will allow us to continue to provide essential support to young carers and young adult carers between the ages of 5 and 25, and to be able to offer them the opportunities and friendship that help to level the playing field.”
About MYTime Young Carers
MYTime Young Carers seeks to provide young carers and young adult carers between the age of 5-25 with the support, opportunities and friendship that help to level the playing field.
In the UK, there are an estimated 700,000 young carers, yet only 166,000 are registered as such. This means that the vast majority are facing the challenges of caring for a vulnerable relative, without support from their school or local authority. It also means that the scale and nature of the challenges young carers face are hidden and often misunderstood. It is our aim to help young carers overcome these challenges, and to create a society which is more aware, inclusive and supportive of young carers.