The South West’s Leading Business Coach Is On Your Doorstep 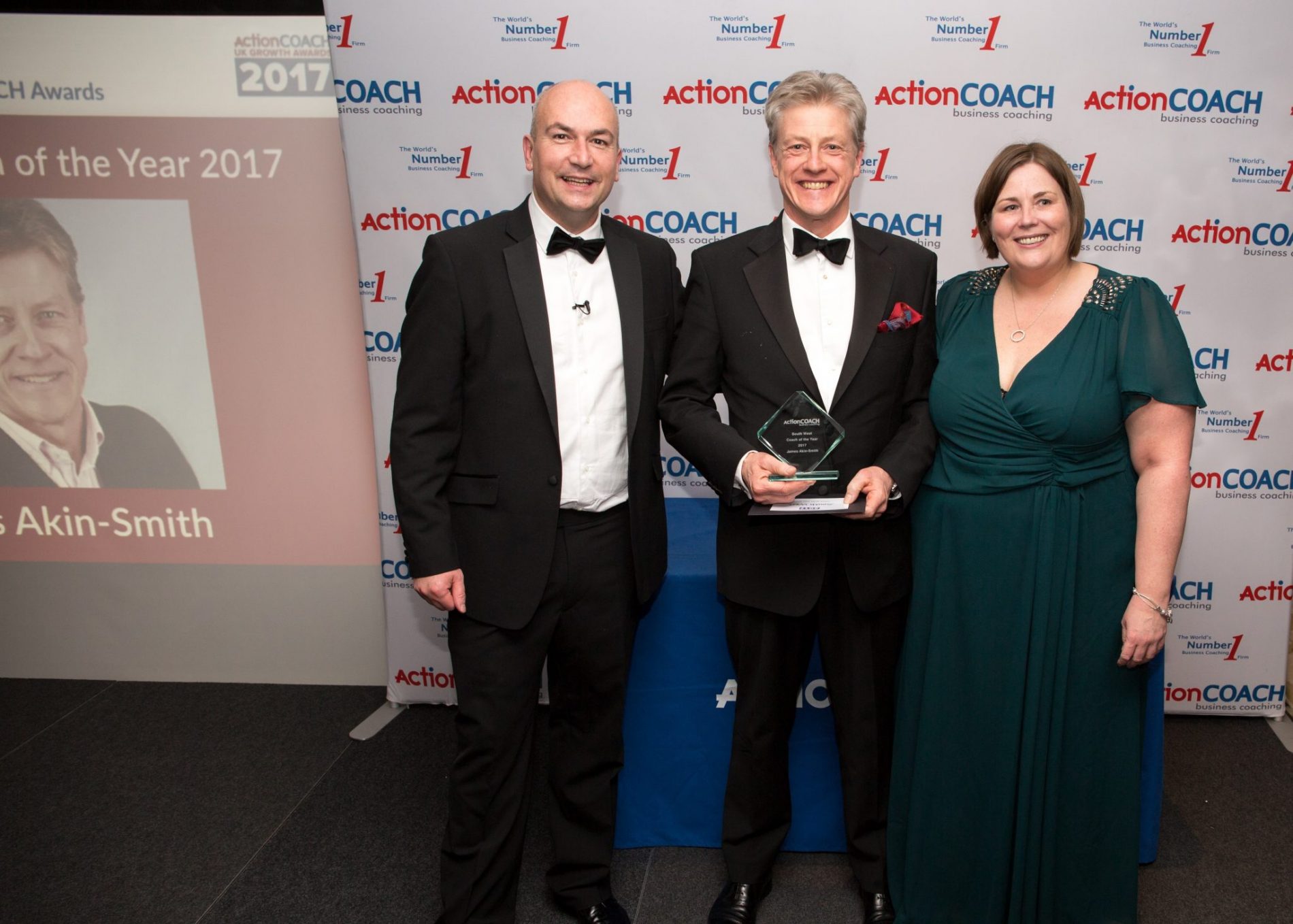 Who Is James Akin-Smith?
James Akin-Smith joined the ActionCOACH network 3 years ago, and in his time with ActionCOACH he has not only become a high performing coach, but the“go to”business coach to entrepreneurs and business owners in the South West region. Only last year, James was awarded the status of UK and EMEA Best Growth Coach 2016, recognising his achievements of growing his business by the greatest proportion of any franchise partner in the whole of 2015.
At the time, James said:“I started my ActionCOACH business on 1st February 2014 and had just seen Pam Featherstone win Rookie of the Year. I said that I wanted to take that trophy from her and exactly two years on that’s what I did! 2015 was a good year for client income but, more importantly, my clients are very happy and have been referring me to other business owners. It’s been an enjoyable year and my next target is to get into the global top 100 ActionCOACH list.”
And that he did. In fact, by his 3rd year with ActionCOACH he had reached 57th in the world out of more than 1000 coaches, exceeding even his own high expectations. At this stage in his career, James comments that almost 80% of his new clients for coaching come to him as the result of referrals from other customers, who are happy with the work he’s done. His clients don’t just come to him to solve a problem and then leave – they stay with him as he helps them navigate the gap between where their business is now, and where they want it to be.
James Akin-Smith is passionate about working with business owners who are dedicated to expanding and growing their business. What that looks like is unique to each business – from opening new offices across the country to doubling their profits – but with James in your corner you can start that journey on the right footing and build up your success. So, if you’re a business looking to grow in the South West, there really is only one person to talk to.

It may only be February, but the votes are in on some very important awards for 2016. During the flurry of awards and ceremonies, one particular achievement turned heads in the business world. James Akin-Smith, Poole based business coach with theActionCOACHfranchise has won the accolade of South West Coach of the Year for building the largest practice in the region. He attributes the success of his own coaching business to the same values he instils in his clients – passion, dedication and solid strategic planning.