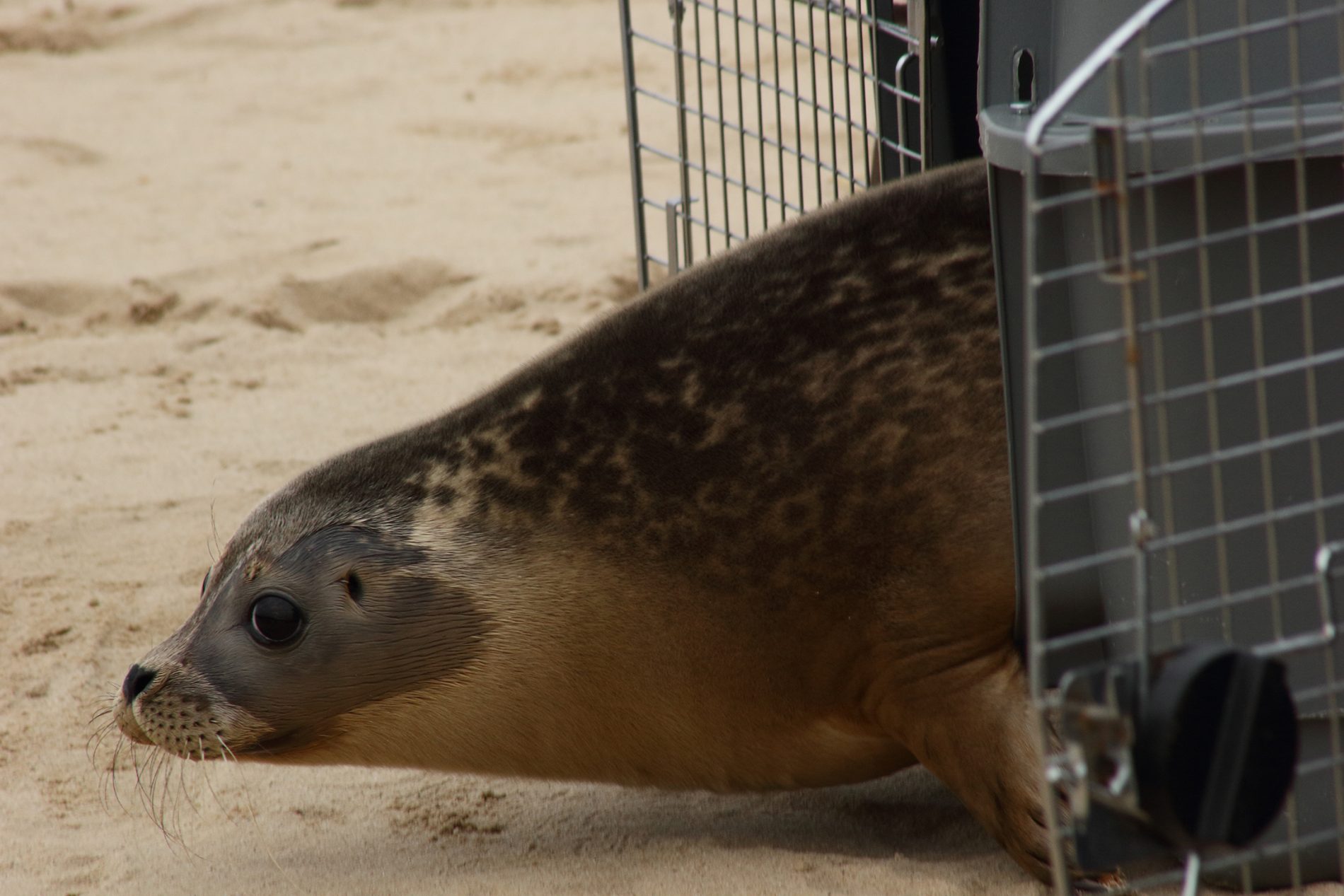 Dorset Wildlife Trust (DWT) and the RSPCA have released three common seal pups back into the sea in Poole Harbour, after having been cared for by the team at the RSPCA West Hatch Wildlife Centre in Taunton.

Two of the young pups, Enzo and Dodge, were rescued from Portland Harbour during August. They joined Kit, who was found in South Devon, at the rescue centre for recuperation and to receive treatment. All were severely underweight when they arrived with Enzo weighing a mere 11 kg. After learning how to feed for themselves on a diet of fish, they all reached a healthy weight of over 35 kg to allow them to be released back into the wild.

Kirsten Larcombe from the RSPCA said, “The best part of this job is seeing an animal we cared for returned back out to the wild where they belong. Poole Harbour is a perfect location to release our common seals especially since there is a dedicated team able to monitor them post release.”

Following the successful release of two common seal pups last November, Daphne and Rhonda, who have both been spotted in the area since, the sheltered waters of Poole Harbour was the preferred release site for the trio. Conservationists are able to monitor the progress of the seals via a dedicated ‘seal cam’ and ID tags, which are attached to the seals’ rear flippers prior to release.

DWT volunteer Marine Warden, Sarah Hodgson said, “Releasing the seals back into the wild all looking happy and healthy, was a special moment. Being highly mobile animals, we don’t know if they will choose to stay in Poole Harbour with the other resident seals, so it will be interesting to monitor their progress. Images of the seals and their tag details have been added to our photo identification catalogue so we can record sightings as part of DWT’s seal project”.

The DWT seal project was set up in 2014 to record more information about common and grey seals around Dorset. This information is helping conservationists learn more about their movements along the coast and the local resident population. To help with the seal project, please report your sightings and send photos to kimmeridge@dorsetwildifetrust.org.uk.

If you spot a seal, it is important to remember that they are wild animals so observe from a distance and try to stay out of sight to avoid distress. For a better view, use binoculars and zoom lenses but never approach or feed them. If you’re in a watercraft, stay well away from the seal, keep your speed down and maintain a steady course.

If you have any welfare concerns, please contact British Divers Marine Life Rescue on 01825 765546.

Find out more about seals in Dorset at: www.dorsetwildlifetrust.org.uk/seals.