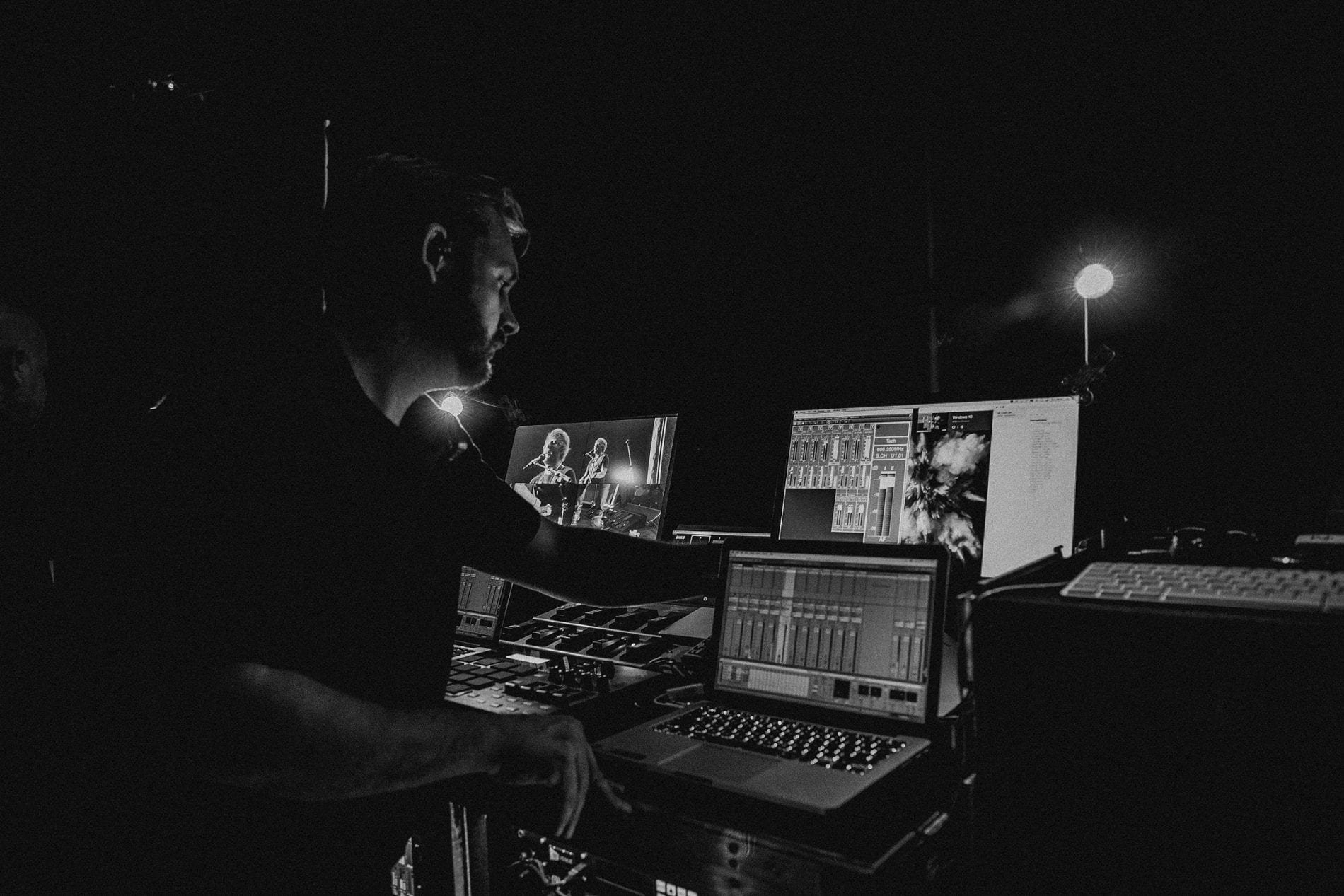 How does travelling the world touring with top bands and artists using your skills to help deliver world-class performances sound?

Well two former Bournemouth & Poole College students are doing just that and have worked with some pretty impressive names too.

Phil Mead and David White both studied BTEC Performing Arts (Technical Theatre Production) at the College, now called BTEC Level 3 Extended Diploma in Production, before going on to work in venues and for festivals across the county and they have never looked back.

After specialising in theatre lighting design as part of his course, Phil went on to become Head of Electrics at the Lighthouse in Poole, the largest arts centre outside London where he was for five years. As well as leading the theatre design, he also spent time working as a freelance lighting and video programmer and operator. Working with artists including The Chemical Brothers, Rod Stewart, Elton John and Tom Jones, Phil has developed a strong reputation in the industry and now tours as Video Director on the Ed Sheeran tour.Preview (opens in a new window)

In 2008 Phil decided to launch his first company – Meadia which provides creative and technical support services to live events and the performing arts. Since then the company has gone from strength to strength working on a range of tours and live events around the world.

After completing his course, David White specialised in audio and also went on to work at the Lighthouse in Poole. Here he worked on a number of productions before going on to do production management for local festivals.

After developing his reputation for delivering high-quality audio solutions for live events, David’s career turned to live music and touring. Along with Phil he now works on Ed Sheeran’s tours and is primarily responsible for ensuring Ed’s infamous ‘Chewie’ loop station is maintained and runs smoothly for every show, as well as dealing with all of the RF co-ordination.

Currently touring with Ed in Australia, David said: “Through the number of shows that you are involved in as part of the course, it sets you up for life in the industry and prepares you well. I made some fantastic contacts during my time there and this has certainly helped my career. Touring is a fascinating. I get to see some amazing places all around the world, doing a job I love.”

The College still has some places available on its Performing Arts and Production Arts courses for this September. To find out more please visit www.thecollege.co.uk/perform to see the courses available.