Find Out More
Home > Company News > What is a debt relief order and how does it work?

What is a debt relief order and how does it work? 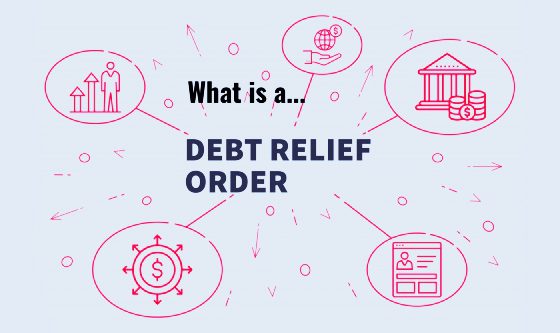 Following lengthy consultations, The Insolvency Service has announced that new limits will be introduced for Debt Relief Orders (DROs) from 29 June 2021, for individuals living in England and Wales who cannot pay their debts.

Antony Batty, Managing Director and Partner at Insolvency Practitioner Antony Batty & Company comments that:
“ …..these changes are very timely, especially with the impact of Covid-19 on finances. DROs are not right for everyone, however, and there are other options available, including Individual Voluntary Arrangements.”
The new criteria are:

DROs were introduced in 2009 as a simpler alternative to bankruptcy for people with few assets and no realistic chance of paying much towards their debts. The key features were:

Inevitably, over time, the original restrictive eligibility criteria including the various financial limits were reviewed and they were widened in 2015. However, by early 2020, it was clear that further revisions were needed, not least because it was being reported that many people applying for DROs were not meeting the criteria, even though a DRO would be the natural debt solution for them as they were to be able to make realistic payments to their creditors in bankruptcy or an IVA.

This need for further reform was made more urgent by the arrival of the Covid-19 pandemic and the financial pressures it placed on many thousands of already stretched individuals. This led to The Insolvency Service starting consultations in January 2021, with the result being the changes detailed above.

The general consensus is that the changes are good news for individuals in debt who have no realistic prospect of paying their debts. The Insolvency Service expects that these changes will allow over 13,000 more people a year to go through the cheaper, simpler DRO route rather than having to go bankrupt or opt for an Individual Voluntary Arrangement.

Debt Relief Orders are intended to give debt relief to people in England and Wales who owe relatively little money, have little or no disposable income and no assets to repay what they owe, and cannot afford to make themselves bankrupt.

DROs do not suit everyone, and there are alternatives, including the Individual Voluntary Arrangement (IVA). An IVA  is a legally binding agreement between the debtor and all his or her creditors. Typically, an IVA is arranged when there is no real prospect of paying off all of a person’s debts. An IVA is normally obtained with the help of a Licensed Insolvency Practitioner.

An IVA insolvency practitioner such as Antony Batty and Company will work out what the debtor can afford to pay back over a period of time – usually 5 years. If three-quarters (measured by the value of the debt owed to each creditor) of creditors agree, all debts and the future interest on them will be frozen at the time that the IVA proposal is agreed. If all payments are made, then 60 months later the IVA is closed and the debtor is debt free.

This means creditors get something but will usually have to forego some of the debt owed, so that at the end of 5 years, the remaining debts are written off, providing of course that all monthly payments have been made.  you have kept up with the negotiated monthly IVA payments.

If you are struggling with debt and feel that an Individual Voluntary Arrangement might be right for you, please contact us or call us on any of the numbers below and arrange a time for a free initial discussion. The sooner you get in touch the quicker we can help.