Find Out More
Home > Company News > What will I be left with following divorce?

What will I be left with following divorce? 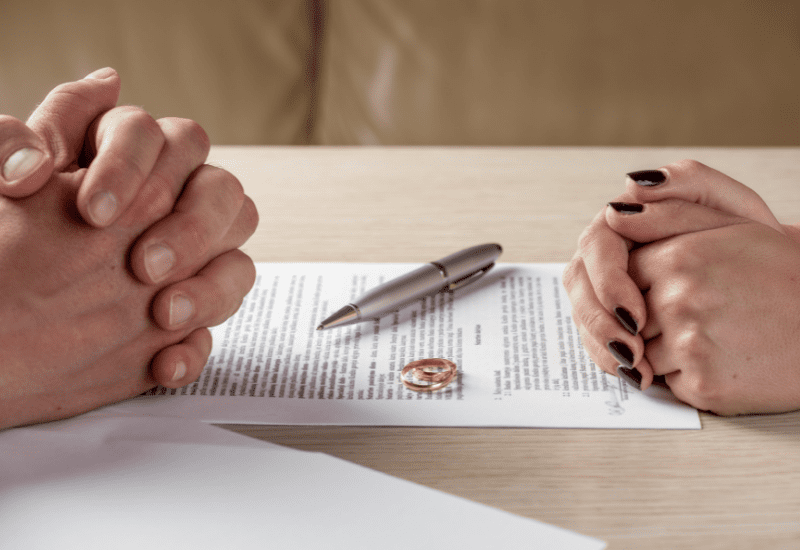 ‘What will I be left with following divorce?’ is a question family lawyers are asked at almost every initial meeting, and it’s not an easy question to answer because family law in England and Wales is very fact specific.

Family lawyers are guided by both statute and case law to help envisage the different possible outcomes, but what is fair in one case might not be fair in another.

I often have clients say that their friends have achieved certain things or lost certain things in their own separation, which gives an expectation of a particular result. Some examples are:

All the above statements may be true, but they are only one piece of the puzzle and a subjective view of what has occurred.

‘She got the house’
In this first statement, the house might have been retained by the wife, but the husband might have retained his pension, which he would have otherwise had to share.

‘I took her pension’
In this statement, it might be true that the husband took the wife’s pension, but that might have been one pension of many pension policies, which resulted in an equal sharing of pension policies overall, or perhaps more pension was shared in lieu of capital, so the wife retained more equity from the family home.

‘I’m still paying for them now’
Looking at this statement, this probably refers to spousal maintenance, which can be paid on a term basis or on a joint lives basis, although the latter is more unusual these days. A spousal maintenance order might be made to allow someone time to become financially independent, as its often the case that one person might have taken a reduction in work to care for children, which means that they earn a lower salary than the other.

‘I took them for everything they had’
This is a classic one. This usually means in reality that one spouse has taken from the other rather more than they would have liked to have given, but it’s unlikely that a court would sanction an order which leaves one spouse with everything and the other with nothing, it is always about trying to achieve a fair balance and meeting needs of the parties and the children. Whilst this might be someone’s perception, its rarely accurate that a person has ‘won’. I’d also point out that if it has been a highly litigious matter, its worth doing a commercial exercise as to how much you’ve spent to achieve that result.

What can you expect to receive financially?
When a client first comes to see me, wanting to know what they can expect financially, I need to first ask various background questions about the family so I can tailor my advice. I will be looking at their particular circumstances and applying the law, to work out the possible outcomes. There are usually many potential outcomes, so depending on what is most important to each client depends on how I negotiate and what points I push for. If someone is desperate to keep their house, or preserve their pension, or achieve a clean break, I can prioritise certain objectives into an offer by conceding other points and claims.

If the matter goes to court, the court is to have regard to all the circumstances of the case, with first consideration being given to the welfare of any children. This gives the court wide scope to make an order that they feel is suitable.

While exercising its powers, the court is directed to have particular regard to the following matters, set out in section 25 of the Matrimonial Causes Act 1973:

a)  the income, earning capacity, property and other financial resources which each of the parties to the marriage has or is likely to have in the foreseeable future, including in the case of earning capacity any increase in that capacity which it would in the opinion of the court be reasonable to expect a party to the marriage to take steps to acquire;

b)  the financial needs, obligations and responsibilities which each of the parties to the marriage has or is likely to have in the foreseeable future;

c)  the standard of living enjoyed by the family before the breakdown of the marriage;

e)  any physical or mental disability of either of the parties to the marriage;

f)  the contributions which each of the parties has made or is likely in the foreseeable future to make to the welfare of the family, including any contribution by looking after the home or caring for the family;

g)  the conduct of each of the parties, if that conduct is such that it would in the opinion of the court be inequitable to disregard it;

h)  in the case of proceedings for divorce or nullity of marriage, the value to each of the parties to the marriage of any benefit which, by reason of the dissolution or annulment of the marriage, that party will lose the chance of acquiring.

If you have a young couple with no children that has only been married two years, the court would be more inclined to put them back into the financial position they were before they married, and less likely to insist upon a pension sharing order, given that they would both have time to build up their respective pensions independently. This would be the court taking into account their age and length of marriage, as well as financial needs.

If you have a couple that have been married for 35 years, had three children and one spouse has not worked for duration of the marriage, its far more likely they might end up with a spousal maintenance order in place until a pension sharing order kicks in.

The range of possible outcomes is vast depending on the facts of each case. It’s important for a client to think about what their personal priority is and get advice so that they can be guided on how they might be able to achieve it.

If you require any legal advice on family matters, then please contact Trethowans here or call us on 023 8032 1000 and one of our team would be happy to help. We offer a free half hour initial consultation for new family clients.