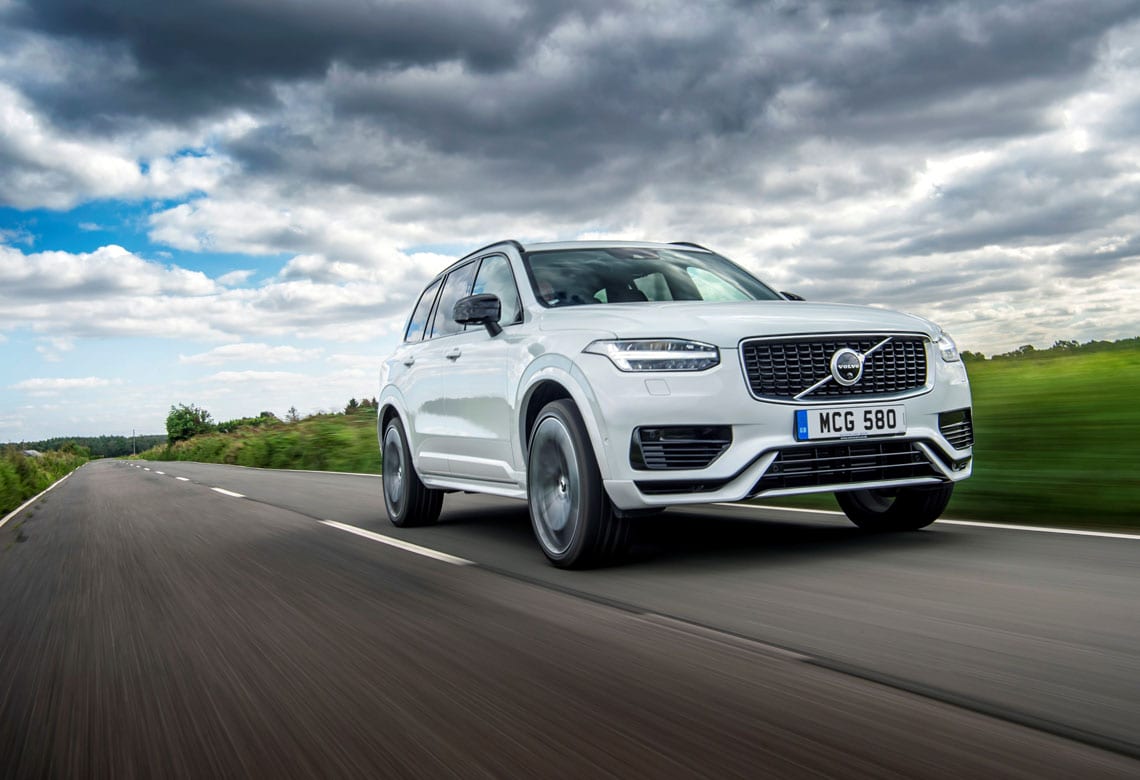 Volvo XC90 large SUV successful at the What Car? Awards for the second year running

The XC90 T8 Twin Engine, flagship of the Volvo range, has picked up another prestigious honour, being named Best Plug-in Hybrid over £50,000 in the 2020 What Car? Awards. Its success was announced at a ceremony in London on Tuesday, 14 January.

Steve Huntingford, What Car? Editor, expressed the judges’ appreciation of the qualities that set the XC90 apart from its plug-in hybrid competition. He said: “Unlike rivals, the Volvo XC90 T8 Twin Engine comes with seven seats and has no less space for luggage than its conventionally powered siblings.

“Despite weighing well over two tonnes, it can sprint if needed; 0-62mph takes just 5.8 seconds thanks to a combined 385bhp from the petrol engine and electric motor. And so long as you keep the battery topped up with electricity, it has a very useful electric-only range of 29 miles.”

Improved plug-in hybrid powertrain
That level of performance is the result of upgrades to the model in 2019, including an increase in the capacity of its lithium-ion battery that extended the potential driving range by more than 30%. The efficiency of the technology is reflected in impressive emissions and fuel economy, with official CO2 figures from 52g/km (NEDC correlated) and fuel consumption of up to 113.0mpg (WLTP Combined). Although the XC90 T8 Twin Engine is a luxury vehicle, this performance secures competitive ownership costs, including a benefit-in-kind tax rating of just 19% for business and company car drivers.

The plug-in hybrid technology is not confined to the higher echelons of the Volvo range; in the past year, the company has accelerated its ambitious electrification programme, so plug-in hybrid versions of every model in its UK range are now available. Working towards its global ambition of being a climate-neutral business by 2040, Volvo will also introduce its first all-electric model – the XC40 Recharge Pure Electric – during 2020.

Luxury and practicality
There is no questioning the XC90’s premium quality, from its clean yet distinctive Scandinavian styling to its impressive equipment specification. The T8 Twin Engine powertrain is available in dynamic R-Design and luxurious Inscription grades, plus higher-spec ‘Pro’ versions of both. Across the board, they are equipped with features such as a four-zone climate control system, all-wheel drive (via a rear-axle electric motor), power-operated tailgate, LED headlights, heated, power-adjustable front seats, leather upholstery (leather and Nubuck on the R-Design/R-Design Pro versions) and a rear parking camera.

Also fitted as standard is Volvo’s Sensus system, which provides a nine-inch touchscreen to co-ordinate navigation and connectivity functions, voice control, access to the Volvo On Call connected services platform and a SIM card with up to 100GB of data. The Volvo City Safety package of high-tech active safety systems is also fitted to all versions.

Practicality is in no way sacrificed in order to accommodate the plug-in hybrid powertrain. The comfortable and flexible interior provides three rows of seats to accommodate up to seven adults, together with generous load space that can be easily extended when extra cargo capacity is needed.

Kristian Elvefors, Volvo Car UK Managing Director, said: “The XC90 T8 Twin Engine again proves its all-round quality with this latest honour, and we greatly appreciate the recognition What Car? has shown to our flagship model. Although it is a success in its own right, the XC90 plug-in hybrid also represents what we are doing across our entire model range to offer customers the benefits of electrification without compromising performance, premium quality and essential day-to-day practicality.”