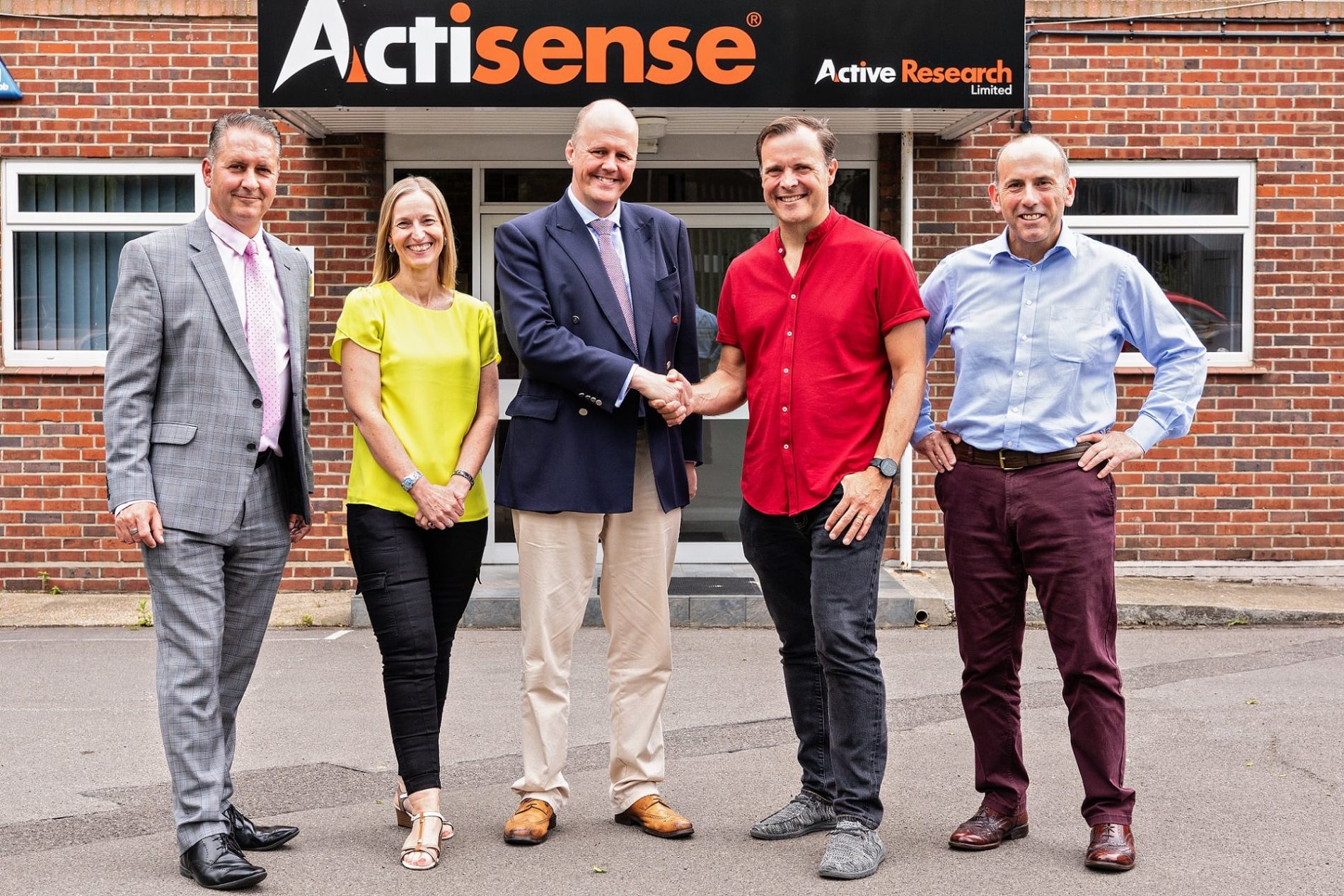 Recognising their contributions to exporting excellence in Europe and beyond, Ashley Fox MEP has visited the Headquarters of award-winning NMEA specialists Actisense.

From their home in Poole, Dorset, Actisense has grown into a global and market-leading provider of sophisticated marine electronic equipment. Founded by CEO Phil Whitehurst in 1997, Actisense began trading in the US and Europe. Enabling rapid growth, Actisense now exports to all major maritime regions worldwide. Recognising their exporting achievements, Ashley Fox MEP for the South West of England & Gibraltar has paid a special visit to the Actisense Headquarters on Harwell Road.

Visiting the Actisense HQ, Ashley Fox congratulated Actisense representatives. In particular, he commended the example they have set to other Dorset based companies on how to successfully enter and engage with European markets. He was then given a guided tour of their 8,000ft² premises, gaining an insight into their day to day operations and internationally recognised marine electronic product range.

“Over the last two decades, Actisense has continued to grow its exporting presence and now waves the Dorset flag not just across mainland Europe but also the wider world. Their success is a clear example to other regional manufacturers on the potential rewards of having a truly global outlook.’’

Serving the commercial and leisure marine markets, Actisense has over the last two decades grown an extensive international network. This includes over 70 distributors in 42 countries, stretching from Norway to New Zealand, Canada, Korea and all of mainland Europe.

“We would like to thank Ashley Fox for paying us a special visit. We are proud of our achievements and it’s great to receive this recognition. Not to rest on our laurels, our future plans for Europe include having at least one distributor in all EU states, including Latvia, Lithuania, and Hungary.’’