Find Out More
Home > Company News > Brexit Update: Negotiations back on, but we must act now

Brexit Update: Negotiations back on, but we must act now 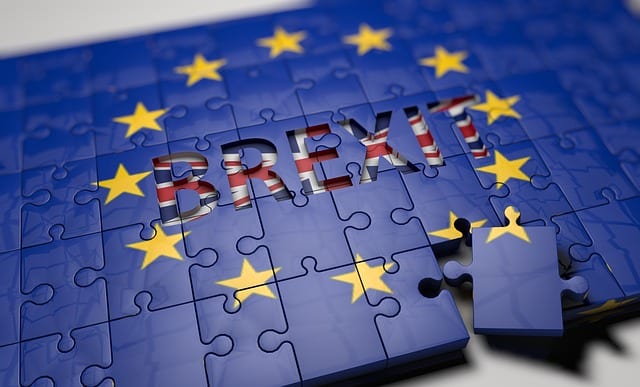 In stark contrast to last week’s news where it looked like it was all over, the UK-EU negotiations are back on which is a welcomed relief for many businesses and groups fearing the Australia-style (no free trade agreement) arrangement. Both sides acknowledged the need to intensify the talks and a joint set of principles have been agreed to ensure they stay on track. The trade deal with Japan has now been signed which marks the UK’s first major agreement since leaving the EU. With fewer than ten weeks of the transition period remaining the Government continues its campaigning to encourage businesses to prepare.

Boris Johnson and Michael Gove held a call with 250 business leaders on 20 October on preparing for the end of the transition period (gov.uk). Attendees represented a range of British businesses and industries, including transport, retail and manufacturing. The Prime Minister said this should be a moment of change and dynamism for the UK, setting out the Government’s ambition to unite and level up the country, by providing better skills, education, technology and infrastructure.

A press release on further UK-EU negotiations was published 21 October (gov.uk). The statement outlines the steps taken over the past few days including acknowledgement from Michel Barnier on the need to negotiate intensively and for the EU to accept the UK’s independent and sovereign status and any agreement needs to reflect that. A joint set of principles have therefore been drawn up. It’s acknowledged that significant gaps remain but both sides are ready to see if it’s possible to bridge these. This also acknowledges it’s entirely possible that negotiations won’t succeed and we’ll therefore end the transition period on Australia-style terms. Businesses, hauliers and travellers should actively prepare for the changes now.

HMRC has sent this letter on 19 October to VAT-registered businesses in GB trading with the EU, explaining what they need to do to prepare for new processes from 1 January 2021, including:

These actions will not change regardless of the outcome of the UK-EU negotiations so businesses must act now.

New rules on EU citizens entering the UK from 1 January are being laid out in Parliament (BBC 22 October). This means more EU citizens with criminal records will be barred from entering, including those sentenced to more than a year in prison. There are also concerns not agreeing a deal with the EU could make it harder to identify foreign criminals as the UK faces losing access to the European Criminal Records Information System and the EU’s passenger database.

The ‘ping-pong’ continues between the House of Lords and House of Commons as the former once again voted through amendments to the Agriculture Bill (NFU 22 October). This is the second time the House of Lords voted in favour of the amendments which would provide safeguards against British food and farming standards being undermined by imports produced to lower standards. This now goes back to the House of Commons to vote on and if approved, the Bill will give the Trade and Agriculture Commission the power to provide Parliament with independent advice about the impact every future trade deal will have on British food and farming standards.

A targeted communications campaign was launched 22 October to help hauliers prepare for new customs procedures and to have the correct documentation for each stage of their journey, reducing the risk of delays at the border. (gov.uk). Legislation to enable the enforcement of Operation Block, the traffic management strategy in Kent, has been brought forward to help reduce the risk of disruption as hauliers travel through Kent to reach the Short Straits – one of Britain’s busiest trade routes. It will be mandatory for all heavy goods vehicles (HGVs) using the Short Straits channel crossings to obtain a digital Kent Access Permit (KAP), following completion of the government’s new easy-to-use ‘Check an HGV’ service. A haulier handbook will be made available acting as a one-stop-shop for UK and EU hauliers, providing them with key information and advice. In November, hauliers will also be able to visit one of 45 ‘Information and Advice Sites’ offering in-person assistance on how to apply for the documents needed to keep them travelling to, from and through the EU. Hauliers are also being encouraged to apply for a European Conference of Ministers of Transport (ECMT) permit as a precautionary measure which may be needed following the end of the transition period.

The free trade agreement with Japan, agreed in principle last month, has been signed at a ceremony in Tokyo (gov.uk 23 October). The Government claims the UK-Japan Comprehensive Economic Partnership Agreement (CEPA) will boost trade with Japan by over £15bn over the next 15 years. The agreement includes a strong commitment from Japan to support the UK joining the Trans-Pacific Partnership (TPP), one of the world’s biggest free trade areas, covering 13% of the global economy and more than £110bn of trade in 2019. This will help strengthen trade ties between the UK and eleven Pacific countries. Sky News reported on the story stating UK businesses will enjoy tariff-free trade on 99% of exports to the country.

It was confirmed on 25 October that the UK-EU negotiations will continued until Wednesday after initially being scheduled to end on Sunday, three days earlier (BBC). Northern Ireland Secretary Brandon Lewis said this was “a very good sign” that a deal can be done. More talks are then scheduled in Brussels from Thursday.

Dorset Chamber delivers a free of charge Brexit advice service to all businesses, funded by BCP Council and Dorset Council. For information and advice please contact us at [email protected] / 01202 714800 or visit dorsetchamber.co.uk/brexit-support/.