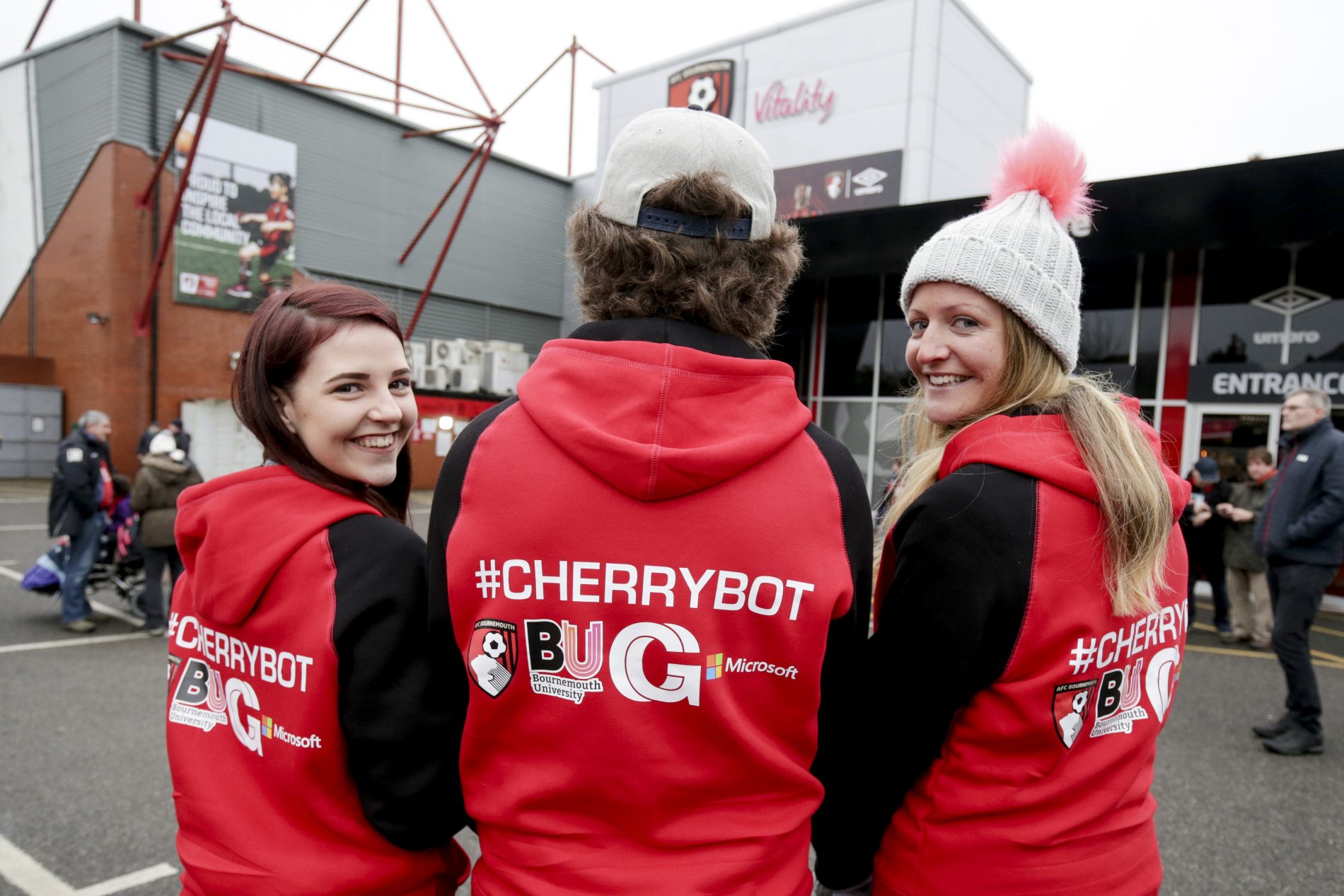 AFC Bournemouth’s first foray into the world of artificial intelligence has been hailed a huge success.

‘CherryBot’ was designed to enhance supporters’ matchday experience by answering questions and offering access to an exclusive selfie competition and video highlights among other things, and was launched for the Cherries’ recent home fixture against Liverpool.

And having become one of the first Premier League clubs to trial this exciting new concept – a ‘personality’ that interacts with fans through emotion recognition and intelligent conversation – AFC Bournemouth were delighted with the results.

In total, more than 400 selfies were uploaded, with more than 1,150 unique Facebook users interacting, sending an average of 17 messages per person, resulting in more than 19,200 messages sent through the chatbot.

There were also more than 3.2 million impressions across social media from launch through to midnight on matchday.

Unveiled to the general public and Cherries fans before AFC Bournemouth’s Premier League home fixture against Liverpool in December, the launch certainly got supporters talking.

Adam Greenwood, CEO of Greenwood Campbell, said: “I am so excited and proud of the CherryBot team.

“We wanted to build something unique and fun, using the latest technology, that could enhance fans’ experience in the stadium and around the world.

“We believe that we have done that and the future for CherryBot and other matchday engagement bots is looking very bright indeed.”

Jamie Dalton, technical evangelist of Microsoft UK, added: “CherryBot has been an exciting project to be involved in and it’s great to see the latest edition to the squad being so well received by AFC Bournemouth fans.

“Using Microsoft Azure AI cognitive services, we’re delighted to see how CherryBot engaged and entertained fans on matchday. We look forward to working with AFC Bournemouth and Greenwood Campbell to roll out additional functionality for fans in the coming weeks.”

With such a successful launch, discussion about making CherryBot a permanent fixture at AFC Bournemouth are underway, which would include further developments, additional features and enhanced interaction.

AFC Bournemouth commercial director, Rob Mitchell, said: “A lot of hard work went into creating and implementing CherryBot at the BU Big Match, and I am delighted at the response from our supporters.

“As a club we are always looking to embrace new and emerging technologies and to have so many people interacting with it, in the form of questions and selfies, can only be a positive sign.”