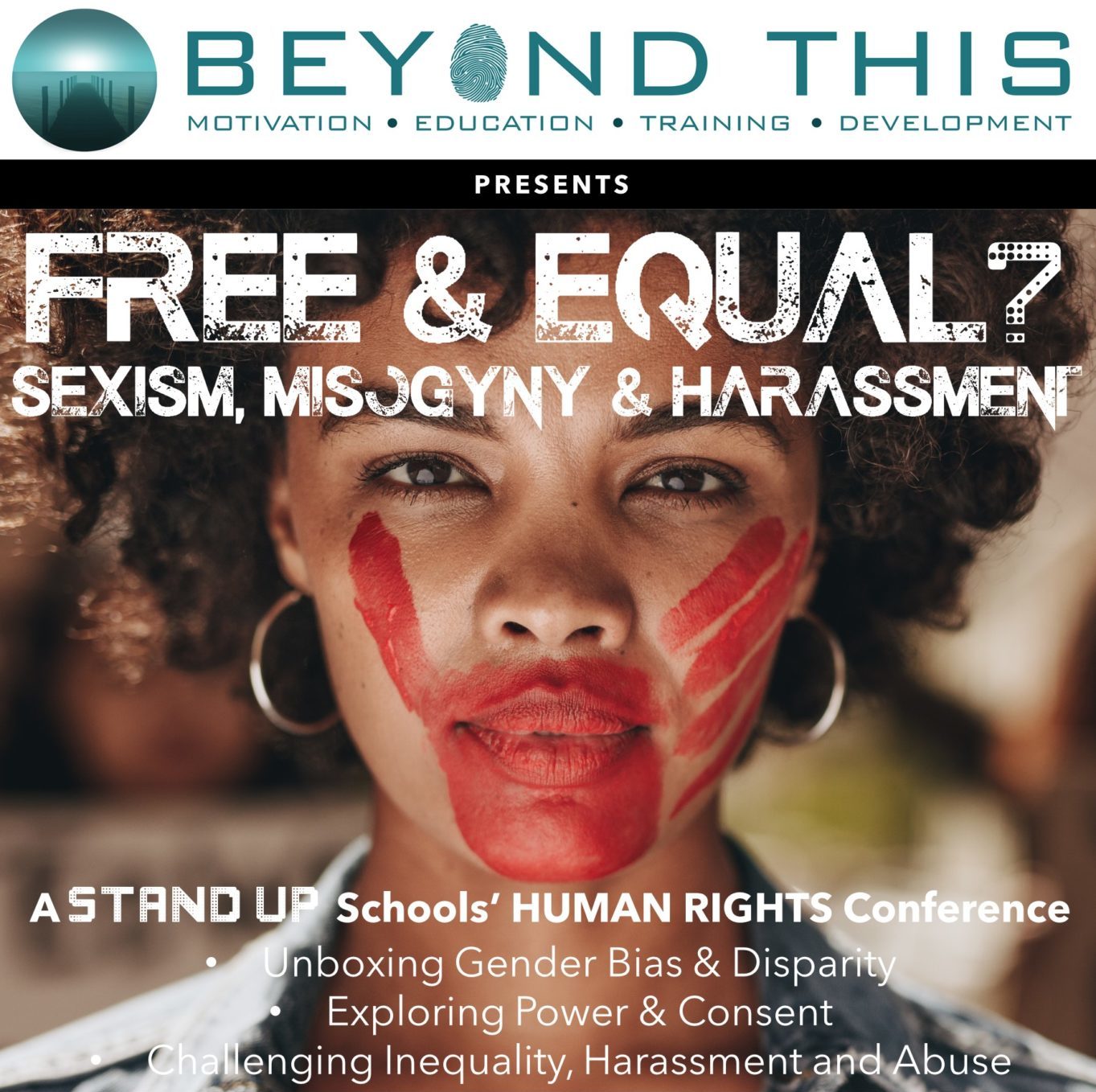 The Me Too movement, Everyone’s Invited and the shocking murder of Sarah Everard are just some of the events which have highlighted just how much sexual harassment and misogyny pervades society. The disparity between men and women is baked into our systems and consciousness and results in women and girls everywhere continuing to be treated as ‘The Second Sex’. Now is an unprecedented time to address this issue and Dorset is leading the conversation in schools nationally.

Free & Equal?, run by Dorset-based education provider and Chamber member Beyond This, is a growing initiative highlighting the need for effective human rights education in schools and beyond. The conference (see www.beyondthis.co.uk/standup2 ) is streamed LIVE and last year’s conference on racism reached 88 schools nationally and internationally: an approximate audience of 5000 young people. This year’s conference will address Ofsted’s findings last year that 92% of girls, and 74% of boys, said sexist name-calling happens a lot or sometimes to them or their peers.[i]
Add to this the discovery that 56% of university students have been the recipients of unwanted sexual behaviour[ii], the startlingly low rape conviction rate in the UK of just 1.6%[iii] and the fact that one in three UK women will be beaten or sexually assaulted at some point in their lives[iv] (usually by a family member) and we see an alarming picture that betrays the prevalence of misogyny and ‘rape culture’ in our society.

“This year we are aiming to reach at least 200 schools and expect an audience of around 20,000 young people,” says conference director and founder of Beyond This Peter Radford. “Growing awareness in schools around this issue has to be the first priority if we are to establish long term cultural change and create a fairer society in which all people of all genders are treated with respect and dignity.”

The conference features a host of inspirational speakers including Felicity Aston, the first and only woman to ski across Antarctica alone and Seyi Akiwiwo the founder of Giltch charity and advisor to governments and NGOs on online abuse. The conference, organised in liaison with Unicef UK and Amnesty and sponsored so far by The Young People Index and African Adventures is seeking sponsorship from Dorset-based businesses ahead of its national campaign.

Please contact Peter@beyondthis.co.uk to find out more or enquire about sponsorship. All conference information and booking can be found at www.beyondthis.co.uk/standup2