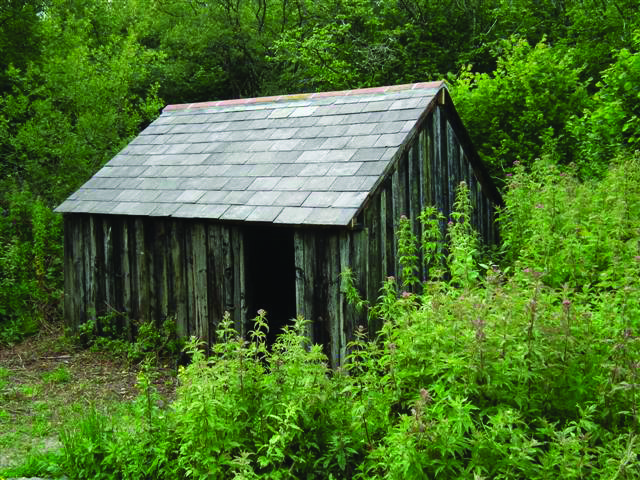 The ‘old gangers’ hut was a registered bat roost for rare lesser horseshoe bats and other species of bats in the area, and an important part of the historic legacy of the 112 hectare nature reserve, which has been managed by DWT since the 1970s.  The fire was reported to DWT on the afternoon of Friday 13th April by a member of the public visiting the site.

The now disused railway line which ran from Maiden Newton to West Bay runs through DWT’s beautiful Powerstock Common Nature Reserve.  The line was used during WW1 to transport oak timber from the common for the war effort and is now wonderful habitat for a variety of plants and butterflies along the course of the railway line.  The hut, which was over 150 years old, was used by labourers on the railway line, and more recently as a roost for bats in summer.  Luckily it is thought that the bats were not in residence at this time of year. 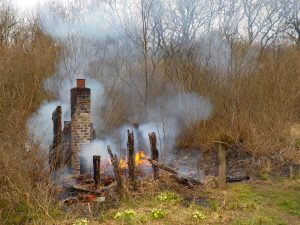 DWT Land Manager, Rob Brunt said, “This fire has destroyed a bat roost which provides shelter for the endangered lesser horseshoe bat and has also destroyed part of the historical legacy of this site.  It is a small consolation that if it weren’t for the wet weather we’ve recently had, the fire could have damaged much more of the nature reserve.  I have been involved with helping to look after Powerstock Common nature reserve for two decades now, so I am personally very sad to see this happen to the site.” 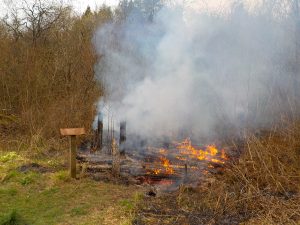 DWT Chief Executive, Dr Simon Cripps said, “We are incredibly saddened to think there are people who want to needlessly destroy the features and wildlife we work so hard to protect.  Powerstock Common has been present in Dorset’s landscape for many centuries, and the nature reserve we see today is a result of thousands of man hours worked over several decades. If anyone has any further information, we would urge them to contact the police immediately.”

DWT is thankful to the members of the public who remain vigilant whilst out on our nature reserves.  If you see anything suspicious, please either contact Dorset Police, or Dorset Wildlife Trust on 01305 264620.