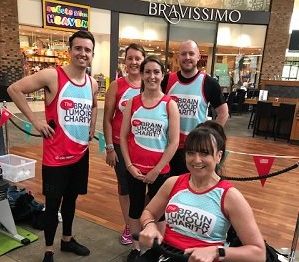 A BOURNEMOUTH-based customer services expert who is raising £10,000 for charity is dialling up for her latest challenge that will see her trek the Inca Trail to Machu Picchu.

Mandy Holford, director of customer services at Echo-U South, will trek through the Peruvian Andes along the Inca Trail over six days reaching an altitude of 4200m in aid of The Brain Tumour Charity.

The trek, which Mandy will begin on April 21, 2018, forms just one of a number of challenges that she has set herself since losing her mum to a brain tumour in 2016. Following a shock diagnosis Mandy’s mum died just six months later and to commemorate the second anniversary of her passing Mandy has pledged to raise £10,000 in her name. 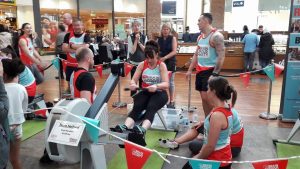 Mandy, 50, said: “Mum’s diagnosis came without warning, we simply weren’t prepared for it. It was so hard to accept that this strong woman had been crushed by a tumour the size of a peach without any showing any real symptoms prior to collapsing in the supermarket one day.

“Almost 11,000 people, like my mum, are diagnosed each year with a primary brain tumour, including 500 children and young people; that’s around 30 people every day. Following mum’s death, I wanted to do something that could help the thousands of families who find themselves in the same position as my family did in 2016. 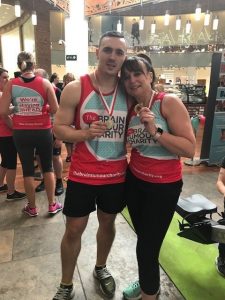 “I pledged to raise £5,000 by mum’s first anniversary, working with and for The Brain Tumour Charity. After smashing that target, I have decided to double my target and I’m determined to achieve this goal by August 08, 2018, her second anniversary.”

The Brain Tumour Charity is at the forefront of the fight to defeat brain tumours, making a difference every day to the lives of people with a brain tumour and their families. It is the UK’s largest dedicated brain tumour charity, committed to fighting brain tumours on all fronts.

Mandy added: “£10,000 is a huge sum of money to raise but all I am asking is for people to help fight brain cancer with me by donating their morning coffee. If everyone who reads this or who is connected with me on social media can donate just the cost of their latte or cappuccino, we could smash that target in no time. Please remember, ‘It’s not too latte! Donate yours now and fight brain tumours’.

“Every penny I raise will go directly to The Brain Tumour Charity as I have covered all of the costs associated with the trek myself, everything from travel and vaccinations to equipment and training. 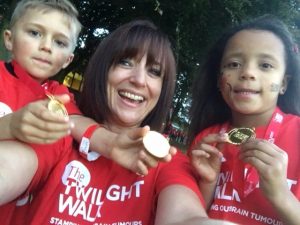 “As part of my fundraising, later in the year I will also be rock climbing, abseiling, flying in a hot air balloon, walking the Jurassic coast, sky-diving, kayaking around a small island and wing walking. I will push myself beyond my personal comfort levels, anything to raise as much money as possible to help those affected by brain cancer, while making my mum’s passing mean something to someone, somewhere.”

To achieve her initial funding milestone of £5,000, Mandy has hosted bake sales and raffles, completed sponsored events including rowing a marathon in a shopping centre, donated her birthday gifts, sold unwanted items and carried out tasks on a ‘pledge’ basis. Members of the Echo-U team have also been helping to support Mandy with her fundraising efforts with a football fun day, sponsored events and dress down days. 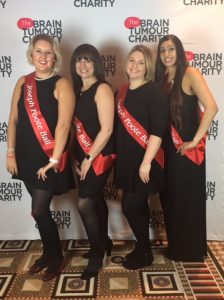 For more information on Mandy’s journey or to make a donation visit www.justgiving.com/fundraising/mandy-holford. Find out more about The Brain Tumour Charity at www.thebraintumourcharity.org.