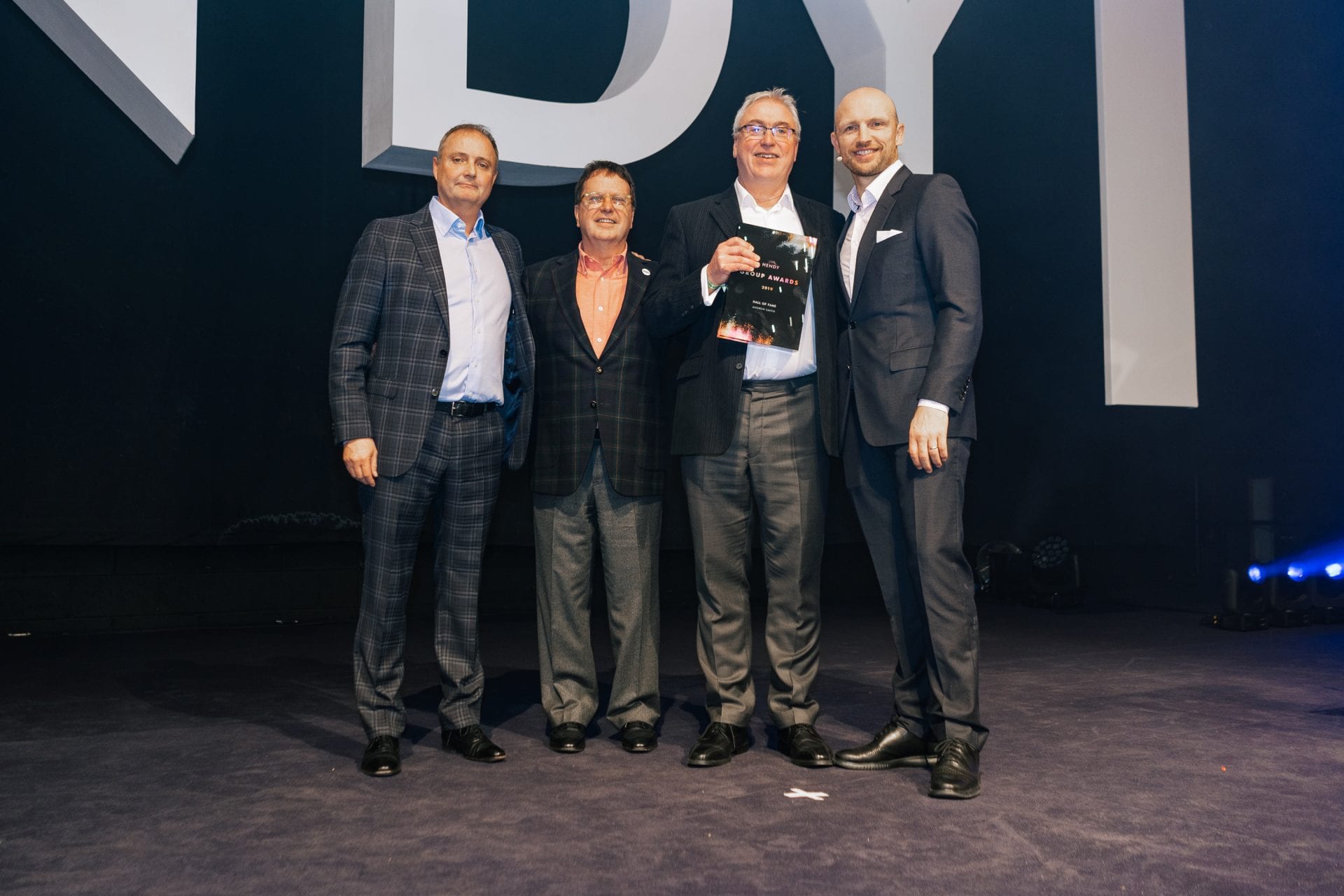 Colleagues from Hendy in Dorset have been honoured at the company’s Group Awards which also marked 160 years in business.

For the first time, the group brought its sales and aftersales award ceremonies together for the Group Awards with more than 1,200 employees entertained in style at the Bournemouth International Centre by host, former rugby player and TV personality Matt Dawson.

Awards were presented to colleagues from across the business which has more than 20 franchises and employs more than 2,000 people in Dorset, Hampshire, Wiltshire, Sussex, Surrey, Kent and Devon.

Last year the group sold more than 56,000 vehicles and chief executive Paul Hendy said he was extremely proud of the contribution everyone makes to the success of the company.

“2019 was a real milestone for Hendy with 160 years in business, the acquisition of Westover in Dorset and Wiltshire, the opening of the Dorset Car Store and the launch of Hendy Foundation,” he said.

“These awards are a chance to reflect on the success of the year and we are delighted to mark this with our first ever Group Awards.”

The key Hall of Fame award was presented to Andy Smith who joined Hendy straight from school 43 years ago.

Paul said that Andy has been instrumental in the success of the group. He has been involved in key integration projects as Hendy has expanded over the years and is now director of Hendy Parts and Power.

Andy said he was thrilled to win the award and paid tribute to all the colleagues he had worked with and who had helped him over the years. “The journey is not over yet,” he said.

Awards were also presented to Zoe Hathaway who is based at Hendy Fiat, Hyundai and Renault in Poole. She was named aftersales advisor of the year.

The new car sales advisor of the year award was presented to Stuart Hall who works at Jaguar Land Rover in Christchurch.