Roadmap for lifting restrictions in England 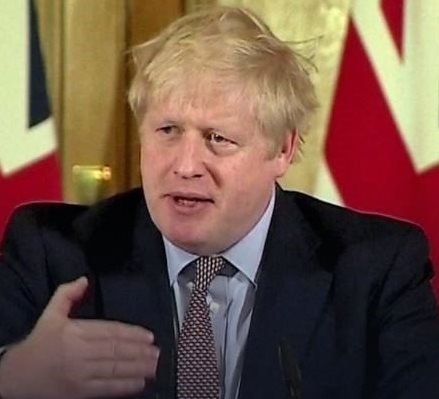 The prime minister has set out a four step roadmap for lifting restrictions in England – which could see all measures lift by 21 June.

There will be a minimum of 5 weeks between each step, and the government has made clear dates could be delayed if data suggested it was necessary.

A series of reviews will also be launched – including one which will look at whether vaccine certification or testing could allow greater freedoms.

The Government believes the measures set out are the quickest way to open the economy without risking another lockdown. All the measures are intended to be irreversible.

MPs are expected to vote on the plan before the Easter recess.

The roadmap has the following steps:

All children and students will return to schools and colleges, along with wraparound care

People will be allowed to meet outdoors on a one-to-one basis for recreation, such as a picnic or coffee.

Care home residents will be allowed one regular named visitor

The stay at home order will remain in place.

Outdoor gatherings of six people or two households will be allowed, including meeting in private gardens

People will still be urged to work from home

Outdoor sports facilities – like tennis and basketball – will reopen

Outdoor organised sports will be allowed

Step Two – no earlier than 12 April

Most OUTDOOR attractions, such as hospitality venues like beer gardens, zoos and theme parks (There will be no curfew on hospitality and no need to buy a substantial meal, but customers will have to be seated)

Gyms and swimming pools for individual or household use

Self-catering accommodation will reopen; campsites, holidays lets etc where facilities are not shared

Weddings and wakes will allow 15 people, up from 6

Step Three – no earlier than 17 May

Social contact rules outdoors are lifted – meaning people are no longer limited to the rule of six/two households. Gatherings of more than 30 people will still be illegal.

Indoors mixing will be allowed, subject to rule of six/two households

Indoors: 1,000 people or half full, whichever is lower

30 people will be allowed at weddings

Step Four – no earlier than 21 June

All legal limits are removed

Hope to reopen final parts of economy still closed, such as nightclubs and lift restrictions on large events

A decision will be made on removing limits at weddings

The government is also to launch a series of reviews to explore further ways of easing limits.

The first review will look at whether having had a vaccine or a negative test result can reduce restrictions on social contact.

A second review will be a pilot looking at the impact of testing and reduced social distancing on events.

A third will look at travel. International travel will not resume before 17 May, but a report on 12 April will look at how to facilitate more inbound and outbound travel.

A fourth will review social distancing measures, such as the one metre plus rule, rules on face coverings and working from home. This will conclude ahead of 21 June.