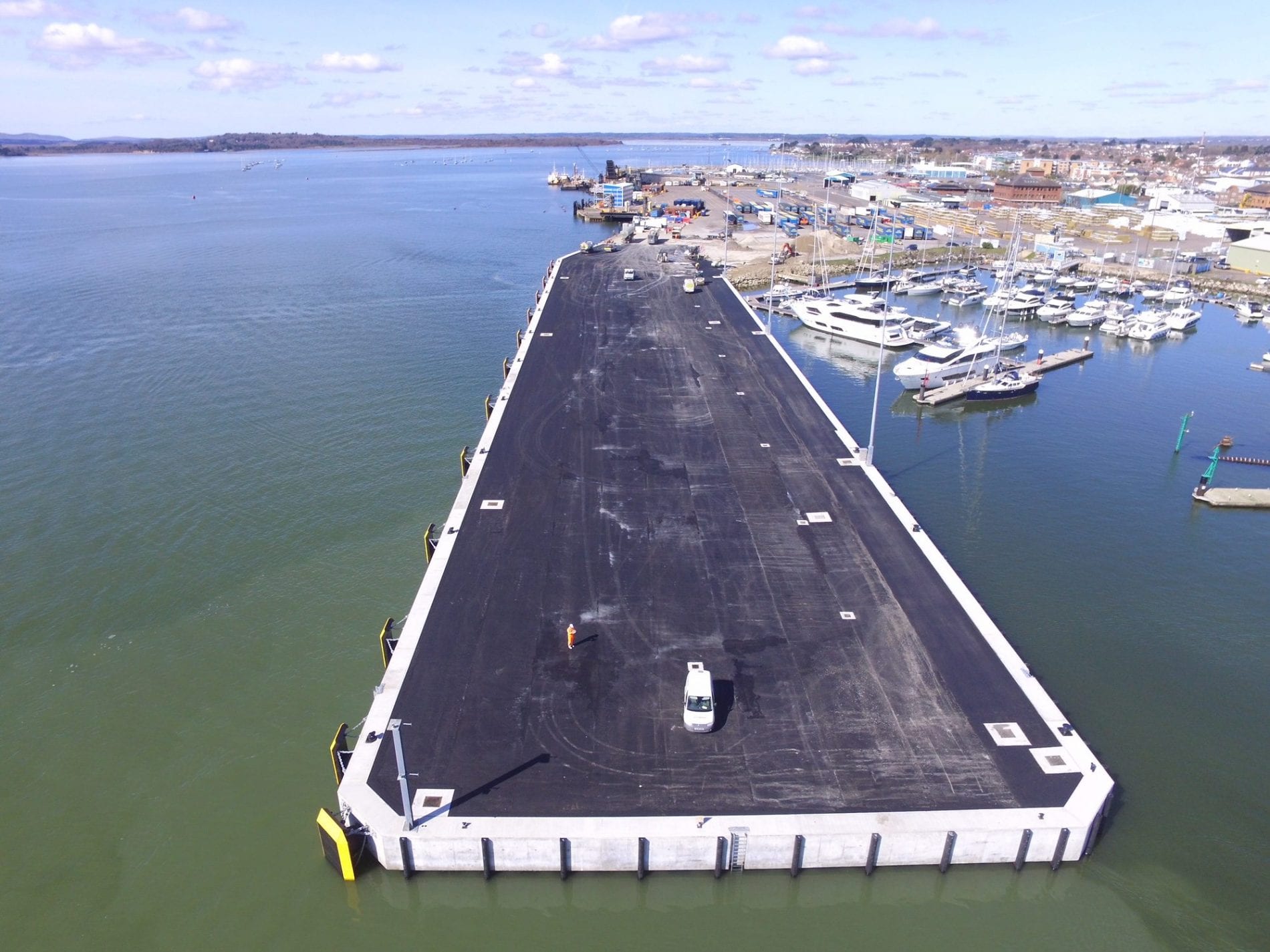 Poole Harbour will be welcoming thousands of cruise ship passengers to the south coast this summer with the completion of South Quay, the world’s newest cruise berth.

Completion of the £10m South Quay project concludes Poole Harbour Commissioner’s ambitious 7-year expansion, said to be one of the biggest port developments seen on the South Coast in recent years.

South Quay is a 200m long x 40m wide deep-water quay that provides 9m in depth to accommodate vessels up to 220m in length. This has seen the Port’s capacity for conventional cargoes, yacht liners and special project cargo increase and will facilitate the ever-increasing interest from cruise ships wishing to visit Poole and the surrounding area. The development has enabled the port to accommodate bigger ships, carrying over 1,000 passengers.

South Quay has been operational for cargoes and yacht transfers since the beginning of the year, but the completion of the surfacing work means that Poole is ready and waiting to receive its first Cruise Ship of the season in May, when it will welcome The Corinthian, operated by Grand Circle Line Cruises.

Jim Stewart, CEO of Poole Harbour Commissioners enthused, “This is an incredibly important milestone for the port and we are confident that Poole will become a key port for cruise companies going forward.  Poole Harbour is the largest natural harbour in Europe and is widely recognised for its spectacular natural beauty.  We have many stunning tourism attractions on our door step, including the world heritage Jurassic coastline, historic castles, stately homes, beautiful villages, towns and more.  There is so much that we have to offer.”

Continuing Jim advised, “Cruise ship calls to Poole will double in 2018 and, we are anticipating, will double again in 2019. South Quay enables us to take advantage of the ever popular and rapidly expanding  cruise ship market.  This will bring much valued revenue and opportunities to Poole’s economy and beyond.”

Bob McGowan, Head of Customer Service for Cruise & Maritime Voyages advised, “Cruise & Maritime Voyages is Britain’s leading independent cruise line, offering cruises from more UK ports than any other. For the first time this August and September, we are delighted to be operating a choice of cruises sailing from the new South Quay at Poole. This new development has enabled us to offer convenient cruise departures to the people of Dorset and beyond and we are very pleased with the close co-operation we have established with the port. Such has been the high booking response to these cruises that we are offering an expanded programme from South Quay, Poole in March and April 2019.

“Our cruise options are very varied and include itineraries such as a weekend retreat to Rouen, Honfleur and the River Seine, a 12- night British Isles discovery cruise, a 10- night majestic autumn Fjordland cruise or a 10- night Iceland & Northern Lights cruise.  There’s so much choice for our cruisers!”

Poole Harbour Engineer Phil Armstrong concluded, “We are particularly proud to have secured completion of work on South Quay, on budget and on schedule.  It has proved that doing the right amount of work up front and using competent contractors has paid off.  The whole project has been a long time in the planning – we had to secure all the necessary permissions prior to undertaking any construction.  There was a huge amount of work, in particular, in undertaking the environmental statement and a significant amount of public consultation throughout the whole process and engaging with all of our stakeholders.  We are thrilled to see South Quay open.”