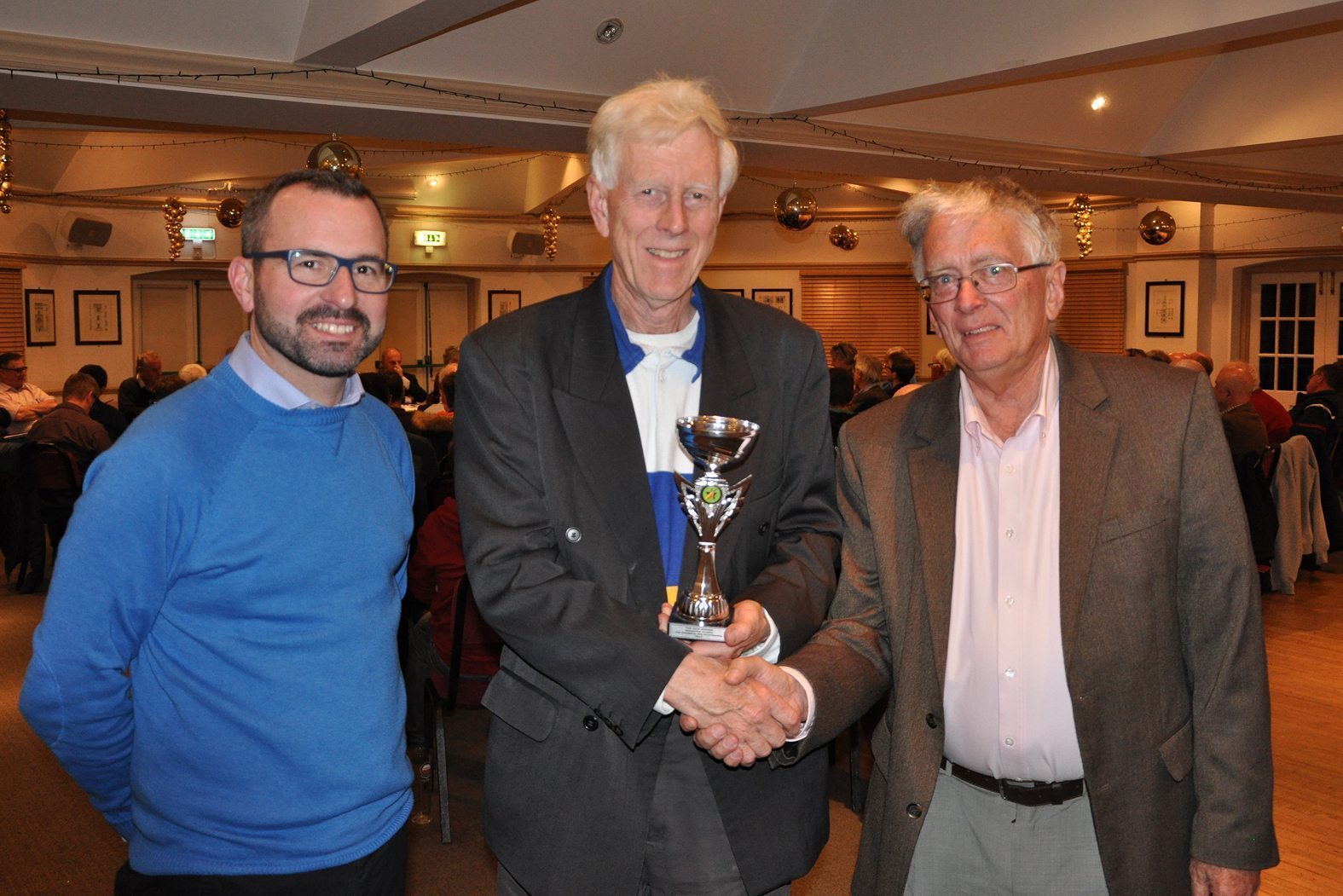 The Jack Douch Memorial Trophy for cricket in the Dorset community was won this year by Wimborne and Colehill CC – the club Jack used to play for.

The trophy and cheque for £400 were provided by the league sponsors, The Dorset Funeral Plan, and presented by Jack’s son Peter.  Wimborne won the award for developing a women’s softball section, great success with youngsters, exemplary conduct in league reports and excellent pitch reports.

Dorchester CC were mentioned for getting 60 children into cricket and Charlton Down for their continued success on and off the pitch.  But the decision by the Dorset Cricket Board on behalf of the league came out for Wimborne which also had its member Adrian Prince nominated for ‘Outstanding Service to Cricket’ that resulted in a visit to Lords.

Jack Douch, from the age of 14, worked for his father’s firm, F.C. Douch and Son in Wimborne, which now has eight funeral branches across Dorset.
In 1999 they introduced The Dorset Funeral Plan, which has been sponsoring the cricket league for more than ten years.

Jack’s family decided to mark his passing five years ago with the award for the club that has done most for the game in their community.

Nigel Davies, vice-chairman and fixture secretary for Wimborne and Colehill CC, received the award at the league’s AGM at the Crown Hotel in Blandford.

He said: “I’m delighted that we’ve won the award because Jack would have been so pleased.

“We’re a club that embraces everyone; we have boys and girls aged five upwards and a new women’s section.

“We have four teams on a Saturday, a Sunday team, midweek team and a whole youth section.

“Our pitches are good and next year we are hosting an international on May 27, between Dorset and Wales.”

He said: “My father would have been delighted to see Wimborne win. He always wanted cricket to embrace everyone and worked towards it.

“He played, umpired, scored, administered and watched cricket at Wimborne for many years and was a huge supporter of cricket in Dorset.”