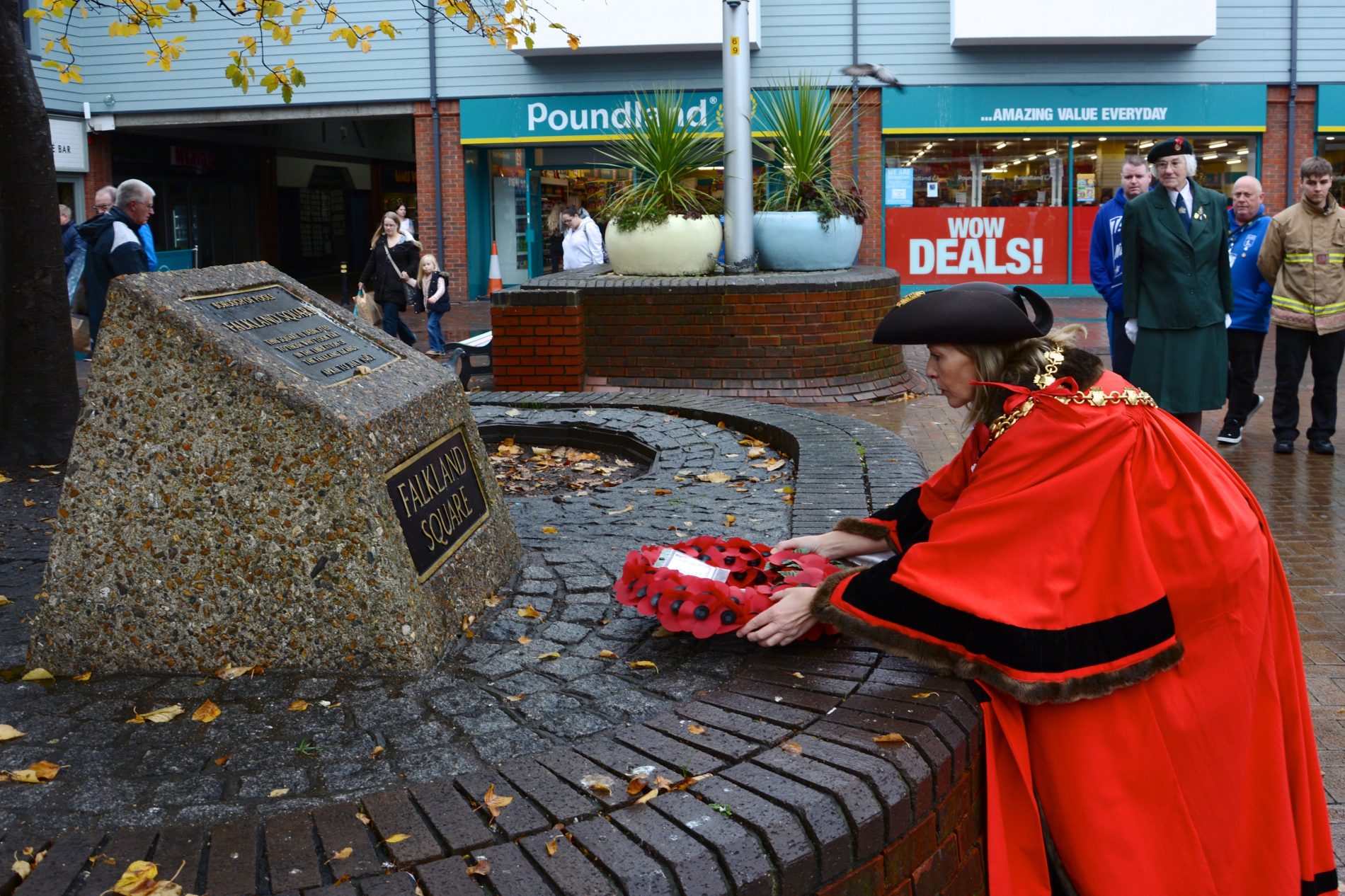 On Saturday 11 November in commemoration of Armistice Day, the Mayor of Poole and Sheriff of Poole visited the Dolphin Shopping Centre in Poole.

The Mayor of Poole, Lindsay Wilson and the Sheriff of Poole, Sean Gabriel, visited the centre on Saturday. The Mayor’s Chaplain led some prayers before the two minutes silence began at 11am. The introduction and prayers were held in the Plaza near Starbucks, inside the shopping centre. The Mayor and Sheriff then walked through the centre, leading members of the public to Falkland Square where poppy wreaths were laid at the War Memorial by the Mayor, Dorset Police and the British Army.

The Falkland Square War Memorial commemorates the Poole-based Special Boat Service, which was the first unit to be dispatched to the Falkland Islands in 1982.

Cllr Lindsay Wilson, The Mayor of Poole, commented: “We are proud to remember and honour the Poole men and women who have made the ultimate sacrifice for us and for their country. I would like to thank the Dolphin Shopping Centre for providing this opportunity for people to reflect on those who we have lost in conflict.”

The Royal British Legion sold poppies at the shopping centre on Saturday, to give money to the service men and women whose lives have been affected by war. A Poole Sea Cadet bugler was also present at the procession, as well as a handful of VIP guests to witness the wreaths being laid.

John Grinnell, centre manager at the Dolphin Shopping Centre, commented: “We were pleased to welcome the Mayor of Poole and Sheriff of Poole to the centre to commemorate Armistice Day. We would like to take this opportunity to thank members of the public that joined in with the procession and witnessed the laying of the wreaths at the War Memorial. This was a very important moment for Poole.”