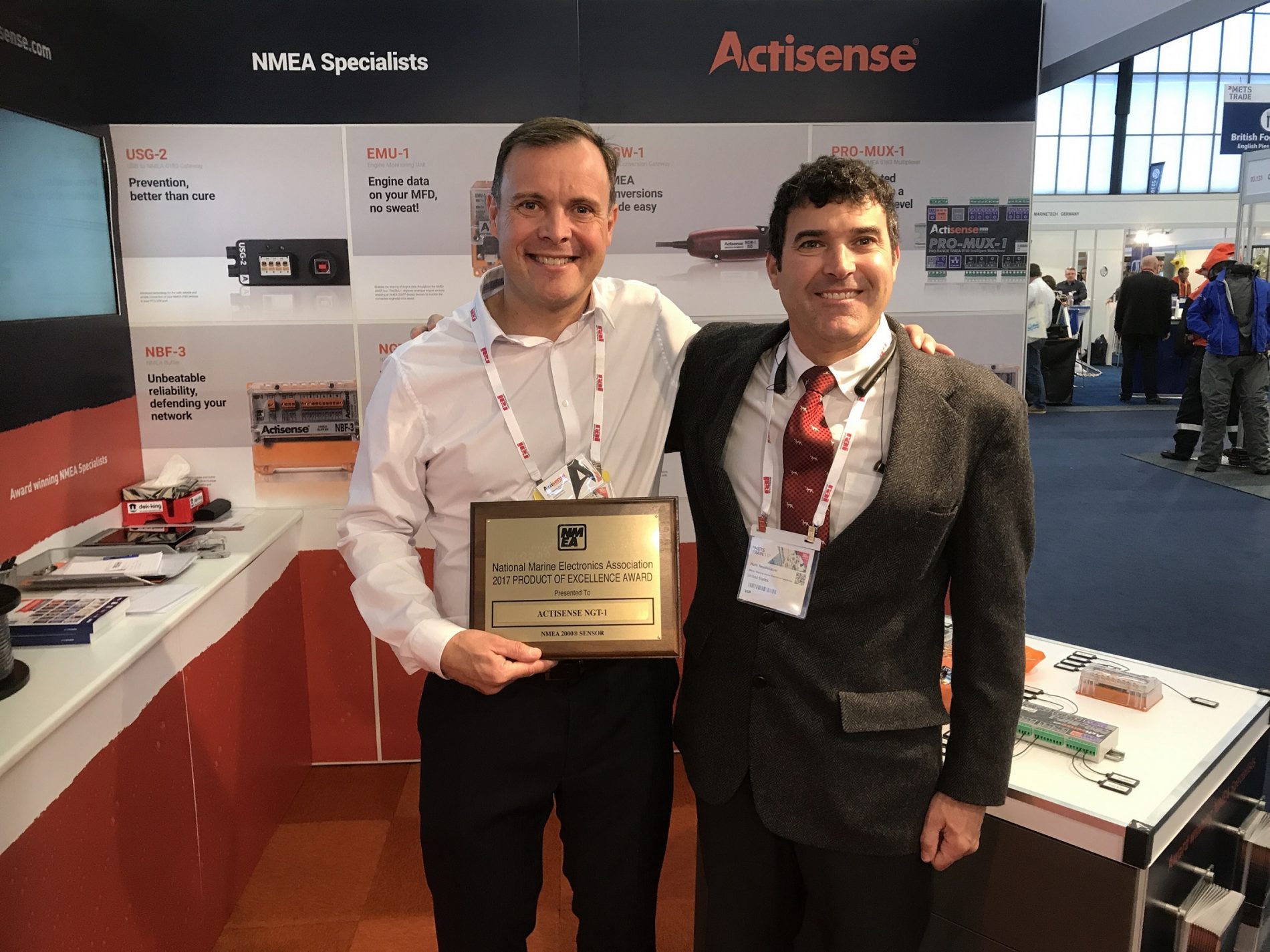 Actisense has been recognised with the prestigious Product of Excellence Award from the National Marine Electronics Association for the third consecutive year.

The Actisense NGT-1, a cutting-edge NMEA 2000® to PC interface, has received the acclaimed National Marine Electronics Association (NMEA) Product of Excellence Award in the NMEA 2000 sensor category. This latest gong marks the third year in a row that the multi-award winning NMEA specialists have achieved this particularly prestigious accolade as voted by their fellow NMEA peers.

Actisense CEO, Phil Whitehurst, was recently presented with the award by NMEA President and Executive Director Mark Reedenauer at METSTRADE, the world’s largest marine equipment trade show. The NGT-1 is a renowned product which first came to market in 2012 and has been met with continuous critical praise, from both customers and fellow industry professionals, since. It remains the only intelligent NMEA 2000 gateway available to precisely transfer messages to and from the NMEA 2000 bus. New software updates are available which has enabled the product to stay relevant through new features and capabilities.

This latest product award for Actisense follows wins in the same category in both 2016 and 2015. The Actisense NMEA Conversion Gateway (NGW-1) achieved the award in 2015 which was followed a year later with a win for their EMU-1, a specialised analogue to NMEA 2000 Gateway which converts data from analogue engine senders into NMEA 2000.

Commenting on their most recent accolade, CEO of Actisense Phil Whitehurst has said:

“We are delighted to have been presented with this prestigious honour for the third year. This is a true testament to the work our dedicated team of engineers put into designing the most innovative and reliable products on the market. Ensuring our products meet the needs of our customers, they are continuously updated to provide cost-effective solutions, which we believe is a key reason why the device remains so popular.”