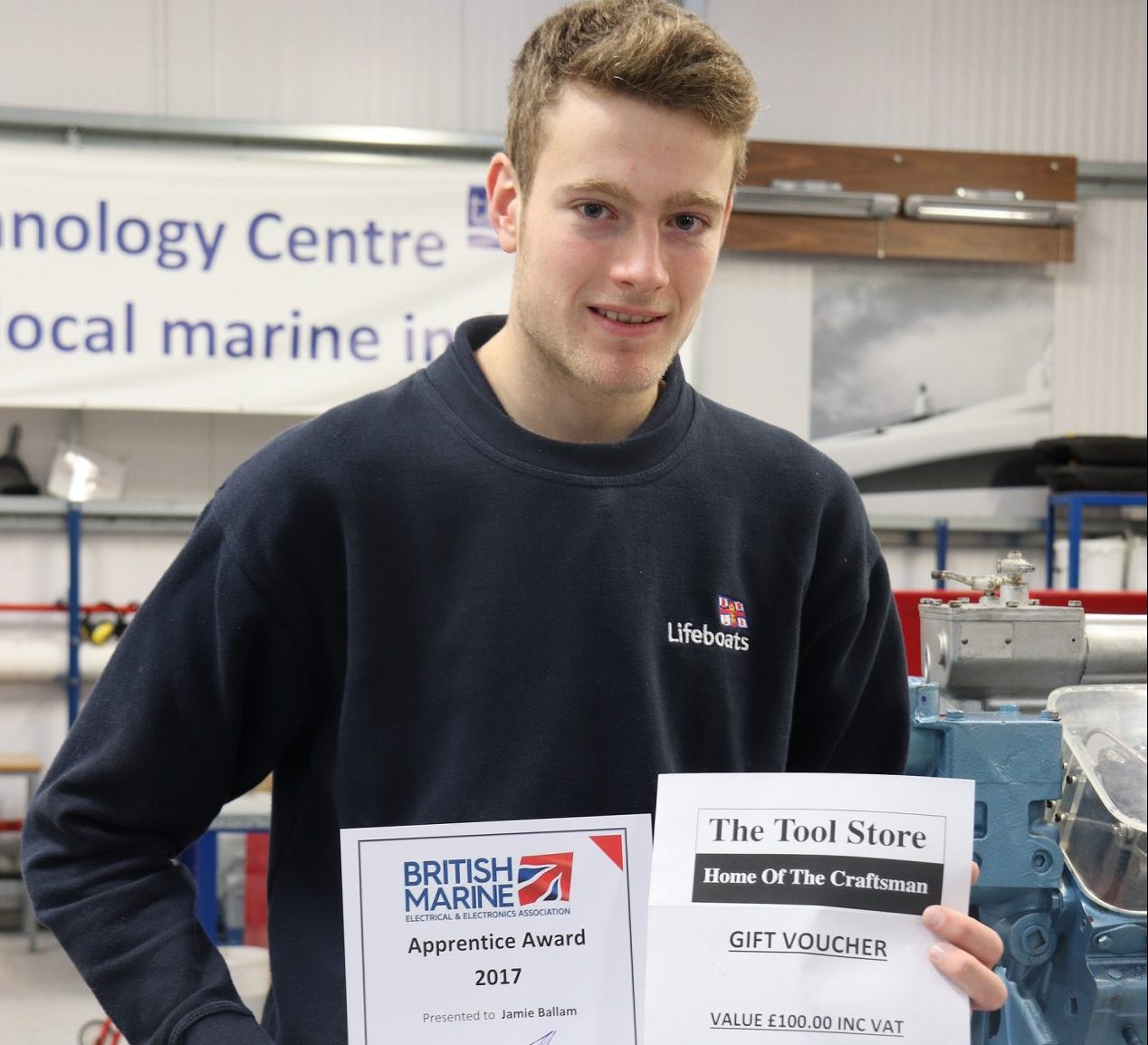 Bournemouth & Poole College has secured its third award at a national contest held as part of the prestigious British Marine Electrical and Electronics Association Apprentice Awards.

Jamie Ballam and Harry Butterfield, both apprentices at RNLI, saw off tough competition from seven other teams and impressed judges with their design and production of a circuit to raise and lower a swim platform using digital switching and timers. The challenge had to be completed in two hours.

Commenting on their win, Jamie Ballam said: “In addition to a trophy and certificate, we both received a £100 tool voucher for winning the competition. Using my voucher I’ve been able to purchase cable shears, screwdrivers and a new tool bag.”

Harry Butterfield said: “As part of the competition we also attended the annual BMEEA conference. It was a great insight into the rapidly advancing technology that is being used in the marine industry.

“The competition was much more challenging than expected, however after a bit of thought and planning, we figured out what we had to do and went on to win.”

Richard Broden-Cowell added: “To win this competition for a third time reinforces the capability of the students we train here at the College. Utilising our purpose built marine technology facilities, students are able to develop their specialist skills and work with state-of-the-art equipment to gain a practical understanding of the industry. These are skills that they are able to take directly and put into practise in the workplace.”