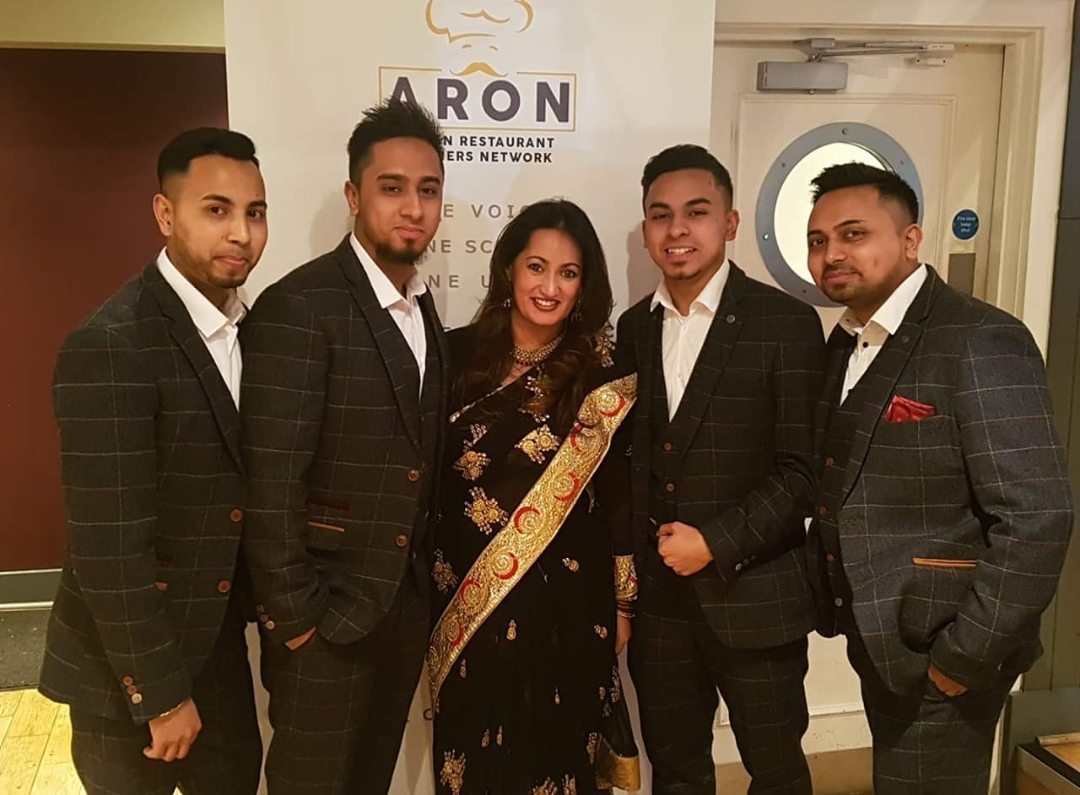 The inaugral Asian Restaurant Owners Network (ARON) honoured special guests from across the country, including celebrity chef Dipna Anand, and influential woman of the year 2017 Sarah Ali Choudhury, among others.

Held at the Indian and Thai restaurant The Snooty Mehmaan in Farringdon,  which supported the charity Unite4Humanity ARON and its awards were created to bring Asian restaurant owners together as one national unit to share ideas and methodologies, improve the running of businesses, and to “remove the tainted stereotype associated with Asian cuisine”.

Alongside this, ARON, which currently has 400 members, says it “implores the investment of training for the youth; aiming to change the youth’s mindset, inspire a generation, and build a brighter future of excellence in British Asian entrepreneurs”.

Sarah Ali Choudhury announced all the winners and presented them with their Awards on stage with founder Rehan Uddin.

Of the 13 award categories, here are the winners:

It was an honour to be part of such a prestigious event, to meet the winners and present them with their Awards

I’m very proud of what Rehan and his team have achieved in a short space of time.  The Asian Restaurant Owners Network (ARON) have so much to look forward to and I’m very excited about the future of ARON.