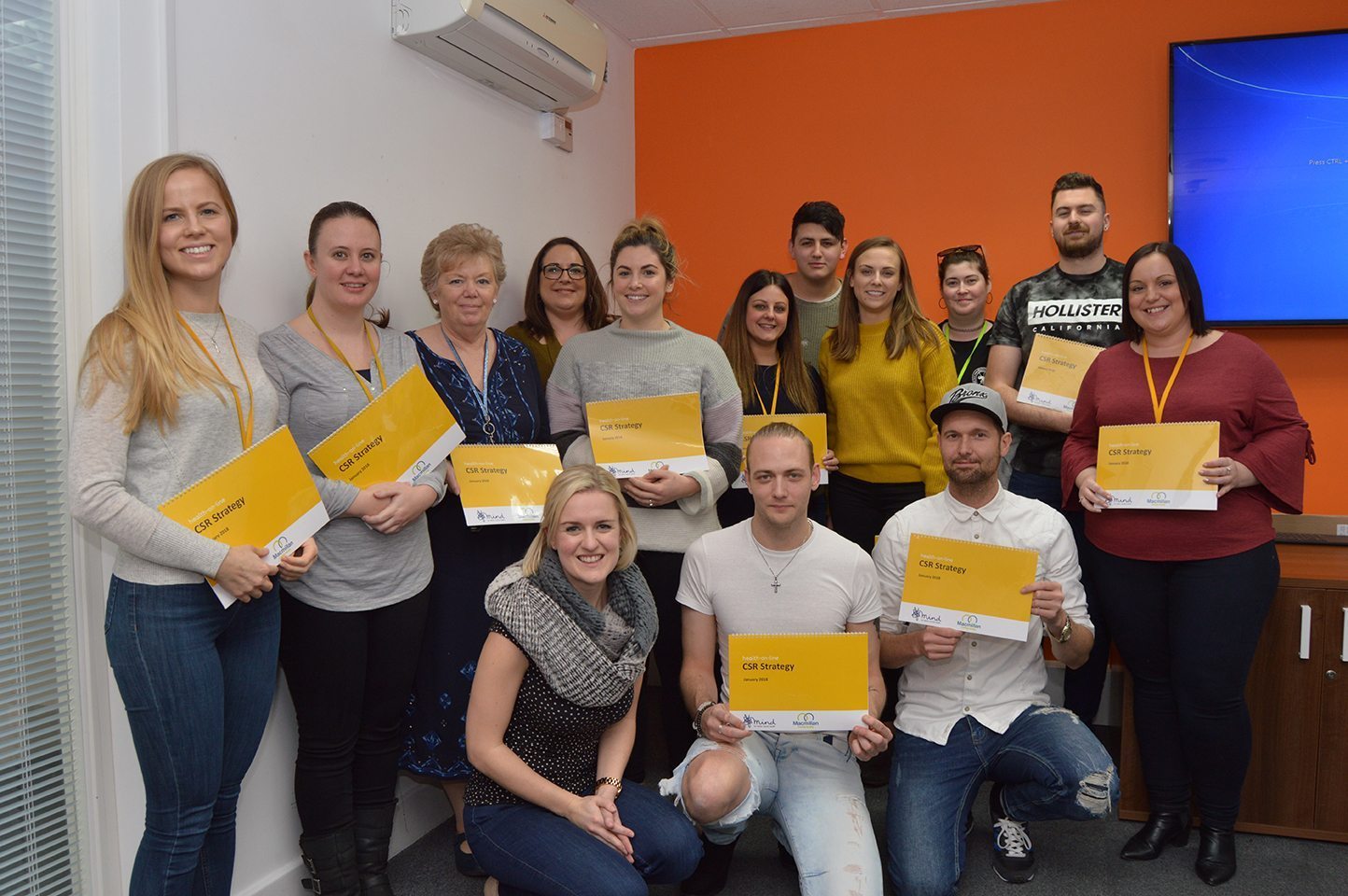 Private medical insurer Health-on-Line has announced that it will be pledging its support to two charities throughout 2018.

Building on the success of the company’s charity events in 2017, in which they raised over £10,000, Health-on-Line have announced that they will support two charities this year; leading mental health charity, Mind and charitable trust, Macmillan Caring Locally.

Health-on-Line and its Charity Panel aim to raise money, both internally and externally, through innovative fundraising activities throughout the year. The newly elected panel have already begun putting their creative fundraising ideas into place, with several events already on the agenda for 2018, including a Valentine’s Day Raffle, World Cup celebration and Health-on-Line Sports Day (in aid of Sport Relief).

Fiona Carter, a member of the Charity Panel at Health-on-Line said:

“We are delighted to announce our support of these two charities and are looking forward to raising as much as we can to support these important causes. As one of the largest employers in Bournemouth, we are committed to supporting our community on important issues such as mental health and terminal illnesses.”

Over the last four years Health-on-Line has continued to support various charities through its Corporate Social Responsibility (CSR) programme. During this period the health insurer has raised over £40,000 for the charities chosen by its staff each year. Last year, it supported Diverse Abilities, Rainbow Trust Children’s Charity and the Dementia Ward at Bournemouth Hospital, as well as giving back to the local community by sponsoring events such as Bournemouth Air Festival and Bournemouth Christmas Market. Health-on-Line also have a fund available to support its employees own fundraising efforts outside of work, such as Tough Mudder.

Why have Health-on-Line chosen Mind and Macmillan Caring Locally for 2018?

As a private medical insurer, Health-on-Line is eager to stand alongside those charities that directly support people suffering from severe health difficulties. The plights of those dealing from terminal diseases and particularly mental health issues have been increasingly highlighted in recent years and Health-on-Line is keen to place its support behind two charities that have been tirelessly campaigning on each of those fronts.

For more than 70 years, Mind has provided support and guidance to anyone experiencing a mental health problem. They campaign to improve services, raise awareness and empower those affected. Through public campaigns and government lobbying, Mind has touched millions of lives in communities across England and Wales.

Macmillan Caring Locally (formerly The Macmillan Cancer Trust) began in 1974 and grew from the fundraising committee for the building of the Macmillan Unit at Christchurch Hospital. The aim of the Charity is to support those who are suffering from Cancer and other terminal diseases, as well as their families. Alongside this, the charity has supported services which provide early diagnosis of Cancers with a view to enabling early treatment.

To find out more about Health-on-Line’s work within the local community and the support it provides to charity, please visit: www.health-on-line.co.uk/we-are-different/our-community-work.