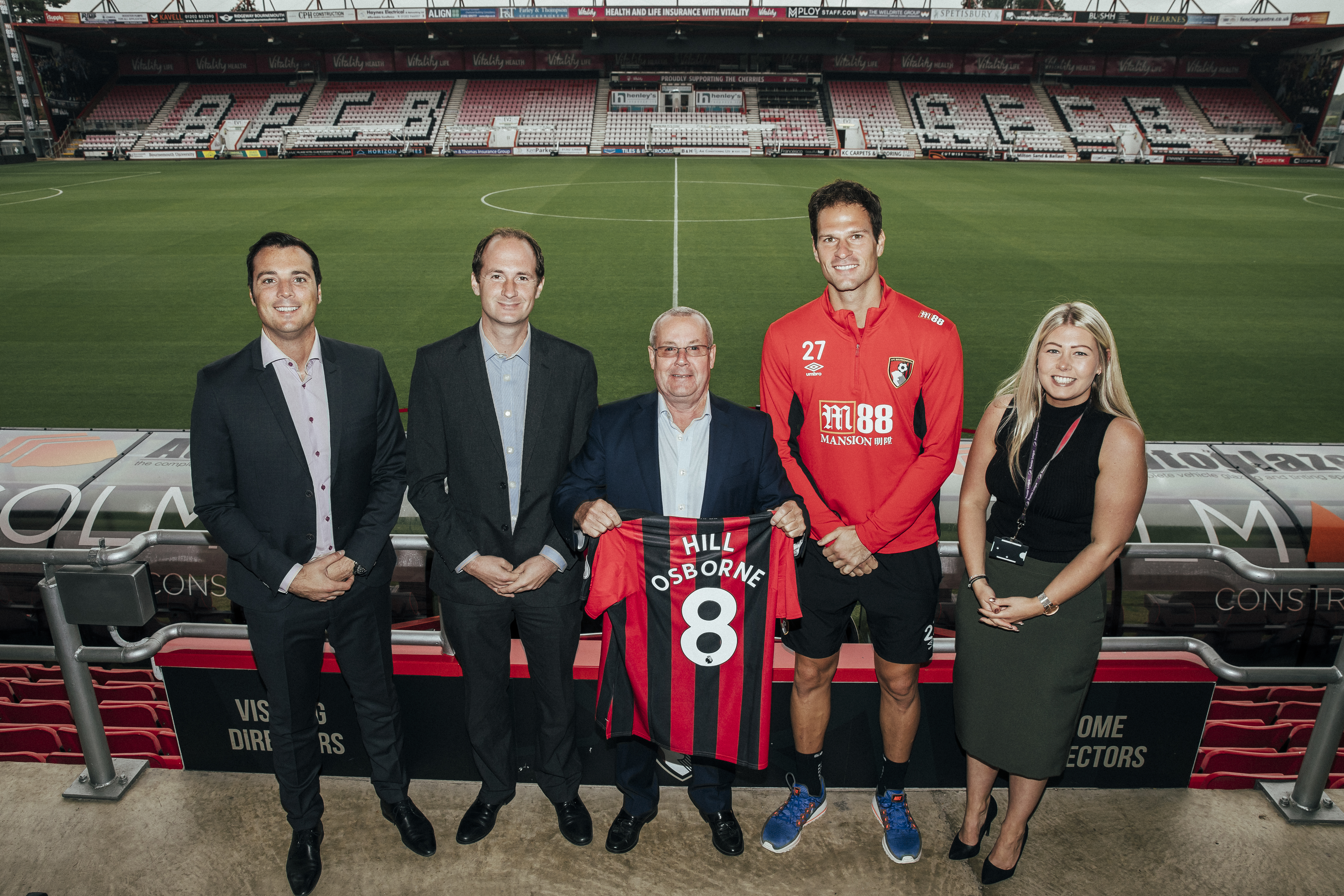 An independent firm of chartered accountants are the latest business to renew their partnership with AFC Bournemouth.
Hill Osborne, who have been partners with the club for the past eight years, has renewed its ties with the Cherries in the Premier League for the 2017/18 campaign.
Hill Osborne has offices in Poole and Wimborne offering business advisory and support services to a wide range of businesses and individuals.
The company has been partners with AFC Business – the club’s free to join business club – since it first launched back in 2009.
Now boasting over 1,600 members, AFC Business’ rapid growth has been supported by the firm, who sponsored the Chairman’s Luncheon last season.
They have retained their exposure at the event by agreeing to sponsor this campaign’s event in February.
Partnerships executive Amy Marks said: “Hill Osborne have been with the club for eight years and have been with AFC Business since the very start of the adventure.
"Their loyalty when the club was in League Two is now being rewarded with Premier League exposure, so we’re delighted to have them on board once again for the 2017/18 campaign.”
Richard Osborne said: “As a loyal fan I have been thrilled to support the business club since its formation in 2009. The events are a wonderful opportunity to meet new and enhance existing business contacts.
“The club has continued to grow off the pitch at a time when the football team is achieving so much success on it, and my firm is pleased to be part of this.”
As a result of their partnership renewal, Hill Osborne will continue to have advertising around Vitality Stadium and have a strong presence at both corporate and club events throughout the new campaign.