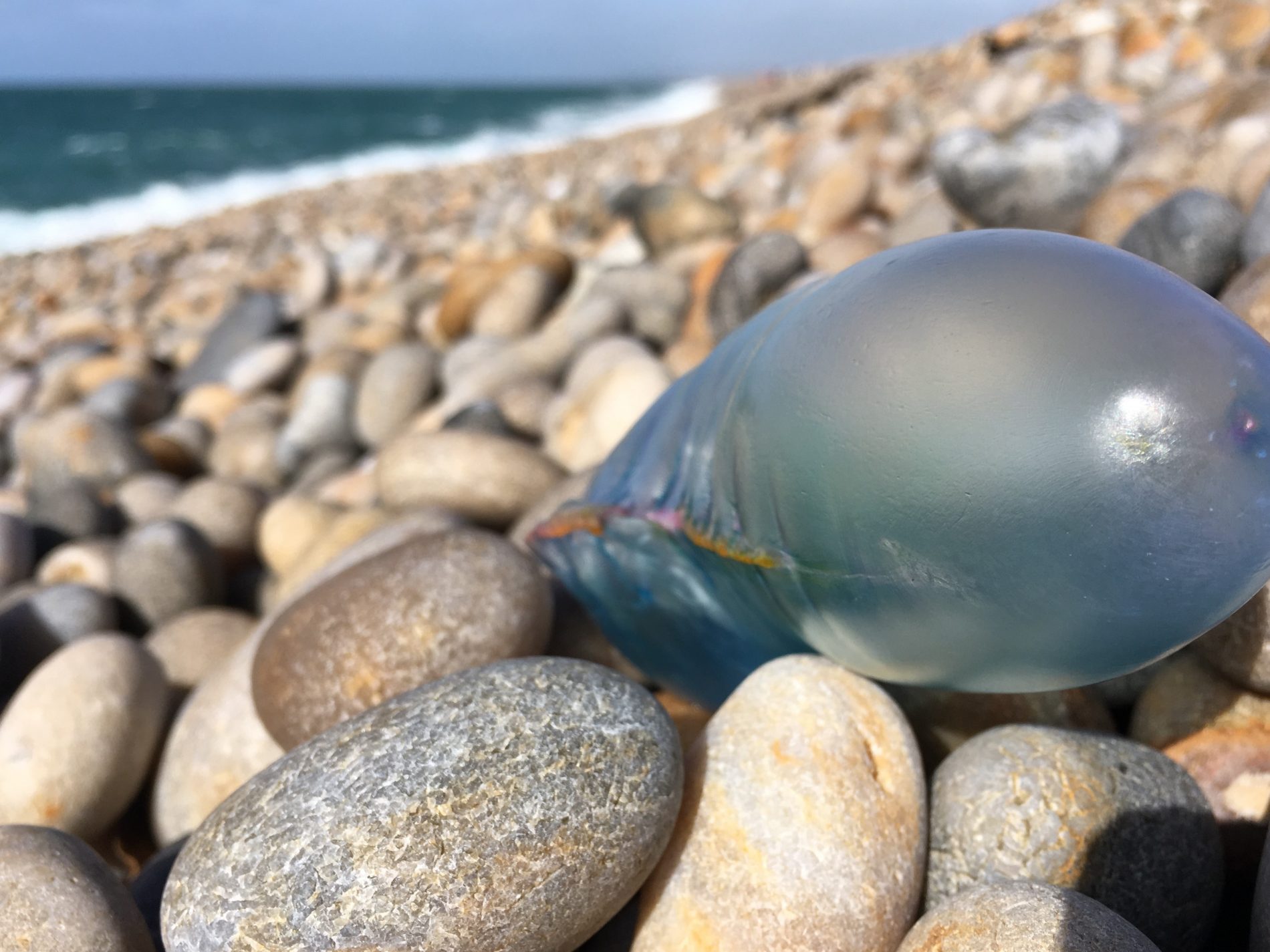 Dorset Wildlife Trust (DWT) has received sightings of the Portuguese man o’ war being found washed up on Chesil, Kimmeridge and Charmouth beaches this week.

This follows sightings of the same creatures in Cornwall, Devon and Somerset recently.  They are thought to have arrived on the South Coast via the Gulf Stream, due to the strong south westerly winds that have been pounding our coastlines recently, bringing with them an influx of marine wildlife usually found in the open Atlantic Ocean.
Whilst swarms of these beautiful creatures in Dorset are unusual, the Portuguese man o’ war has appeared before.  The largest swarm was recorded in August & September 2008, with reports spanning Charmouth to Swanage.  A much smaller swarm was recorded the same time the following year and in 2012.  Until now, there have been no known Portuguese man o’ war in Dorset.  However, each year DWT do frequently record individuals from seven other oceanic jellyfish species in Dorset.
The Portuguese man o’ war is not a true jellyfish, but floating colonies formed by coral-like hydroids living joined together to create venom filled stinging tentacles reaching 10-30m long – perfectly adapted for capturing prey fish.  These tentacles hang from a large gas-filled iridescent float capable of angling itself to catch the wind on the seas surface.  Records state this float can measure up to 30 cm long and 10 cm wide.
Whilst they can cause a very painful sting, they are rarely serious, and only fatal in a few rare cases.
Marine Conservation Officer, Emma Rance said, “Whilst they have been described as ‘invading’ our beaches, so far, only a handful have actually been sighted in Dorset this Autumn.  If you find one, we advise that you do not touch them, as they can sting even when dead.  These are fascinating and beautiful creatures and are only seen in very rare cases on our seashores, so Dorset Wildlife Trust is really keen to hear about any sightings in Dorset.”
You can let us know of your sightings by emailing kimmeridge@dorsetwildlifetrust.org.uk or tweeting @DorsetWildlife using #dorsetjellyfish.  For more info: www.dorsetwildlifetrust.org.uk/jellyfish_sightings
If you are worried you may have been stung, please seek medical assistance as soon as possible.