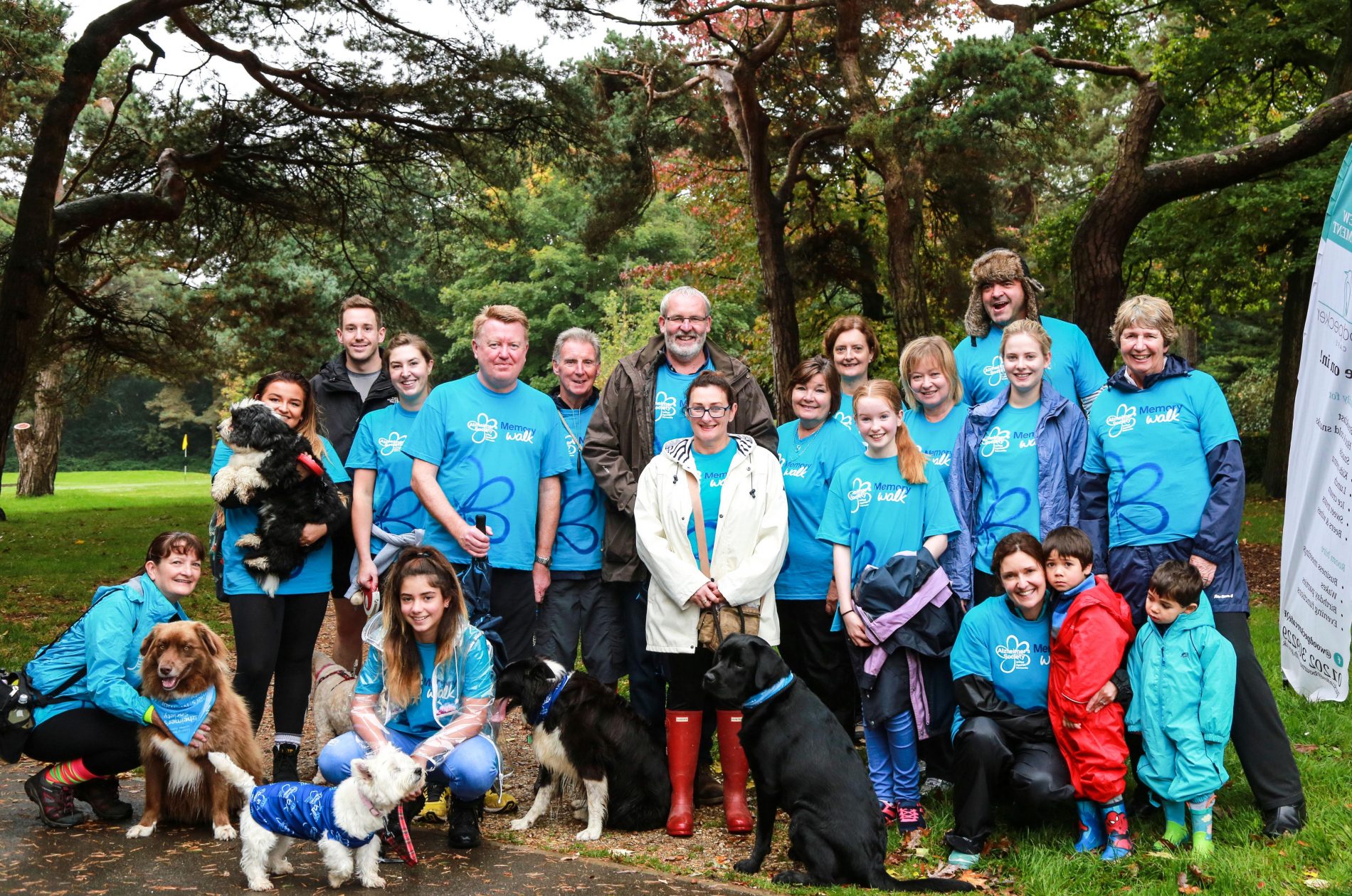 Family, friends and work colleagues of a Dorset lawyer strode out for charity when they took part in a sponsored Memory Walk.

More than £1,000 was raised for the Alzheimer’s Society after 20 people, as well as four dogs, joined Sean McNally for the 4.5 mile walk around Queen’s Park Golf Course in Bournemouth.

Sean, Joint Head of Family at Ellis Jones Solicitors, lost his mother, Pat, 74, two years ago to Alzheimer’s. His father-in-law, John Sones, 78, died earlier this year after being diagnosed with vascular dementia.

“The Memory Walk was dedicated to all who suffer with dementia. It’s a cruel and horrible affliction,” said Sean.

He added: “We hope to make this a huge annual event. This year was our first Memory Walk and was small but we will grow with support from the wider community in Bournemouth.

“My thanks to all who took part and who sponsored so generously.”

He said: “We support many causes in the community but are particularly pleased to back Sean’s inaugural Memory Walk. It’s a fantastic cause.”

Around 225,000 people develop dementia every year, the equivalent of one person every three minutes.

Memory Walks involving 110,000 people have been held across England, Wales and Northern Ireland during September and October with the aim of raising more than £9 million to help anyone affected by dementia.

Sean’s plan is to hold the Bournemouth Memory Walk on the first Sunday of October every year at Queen’s Park Golf Course. He would appreciate any help and/or support and can be contacted at sean.mcnally@ellisjones.co.uk